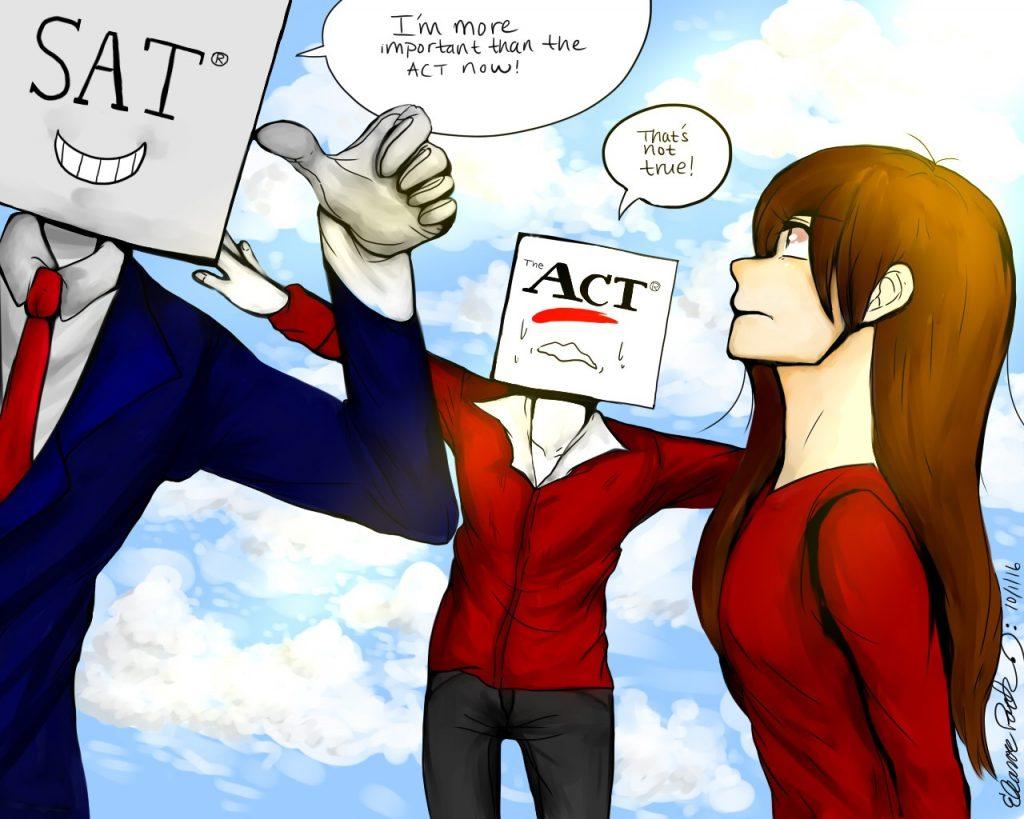 Due to a switch from ACT to SAT by the Illinois State Board of Education, juniors will take a practice Scholastic Aptitude Test (PSAT) on Oct. 19, in preparation for the SAT on April 5.

The switch to SAT comes with many changes to the test. Previously, the SAT scoring was on a scale of 600-2400, but now it is between 400-1600. The new test is 3 hours and 50 minutes, including the optional essay. Before, the SAT was 3 hours and 45 minutes and the essay was not optional.

Some of the sections have also changed. For example, Evidence-Based Reading replaced Critical Reading. Additionally, there is no longer a penalty for guessing.

The new SAT is also different from the ACT.

The SAT has 154 questions while the ACT has 215. The ACT gives students 49 seconds per question, but the SAT gives the students 1 minute and 10 seconds. English teacher Karla Modelski, who teaches the SAT practice sessions, explained that the extra seconds have “nothing to do with allowing more time because the questions are more in depth.” Instead, the extra seconds are there to reduce time anxiety.

Additionally, the writing styles of the ACT and SAT are very different. Modelski explained that the ACT gives the students “three perspectives of an issue and then they have to draw their own idea based on those three perspectives.” The new SAT essay question is “more of an analysis of someone else’s work,” where students “don’t have to agree or disagree,” Modelski explained. The students will have to explain what strategies the author used to build an argument or persuade the audience.

There have also been changes in the math portion of the SAT; in the old SAT, the questions were more “straight forward,” but “now there’s a lot of reading involved in the math section,” said math teacher Steve Kurfess, who also teaches the SAT practice sessions. “You have to be a lot better at stats: mean, median, mode, some basic scatter plots, and line of best fit,” he added.

Along with the reading, the SAT has also incorporated science and history in math questions. There are “graphs about science” and “graphs about history,” Kurfess explained.

Some juniors are not happy with the changes because they believe it is unfair and causes difficulties.

Deepika Ramchandani, ‘18, expressed that the changes have confused juniors because now that the ACT is not mandatory, students have to decide if they want to pay for and take the ACT in addition to the SAT.  She also believes that it’s unfair because she, along with other juniors, have been “preparing for the ACT for most of [their] high school careers.”

However, Kurfess explained, “It has to change sometime, and this happens to be the first year of the change.”

Shahir Taj, ‘17, who has taken both the ACT and SAT and scored a perfect 36 on the ACT, expressed that whether the students are taking the ACT or SAT, it’s essential to take practice tests. Taj also advised to not “just take practice test repetitively.” Instead, he said to “correct your mistakes, understand why you made those mistakes, and practice working on your specific weaknesses.”