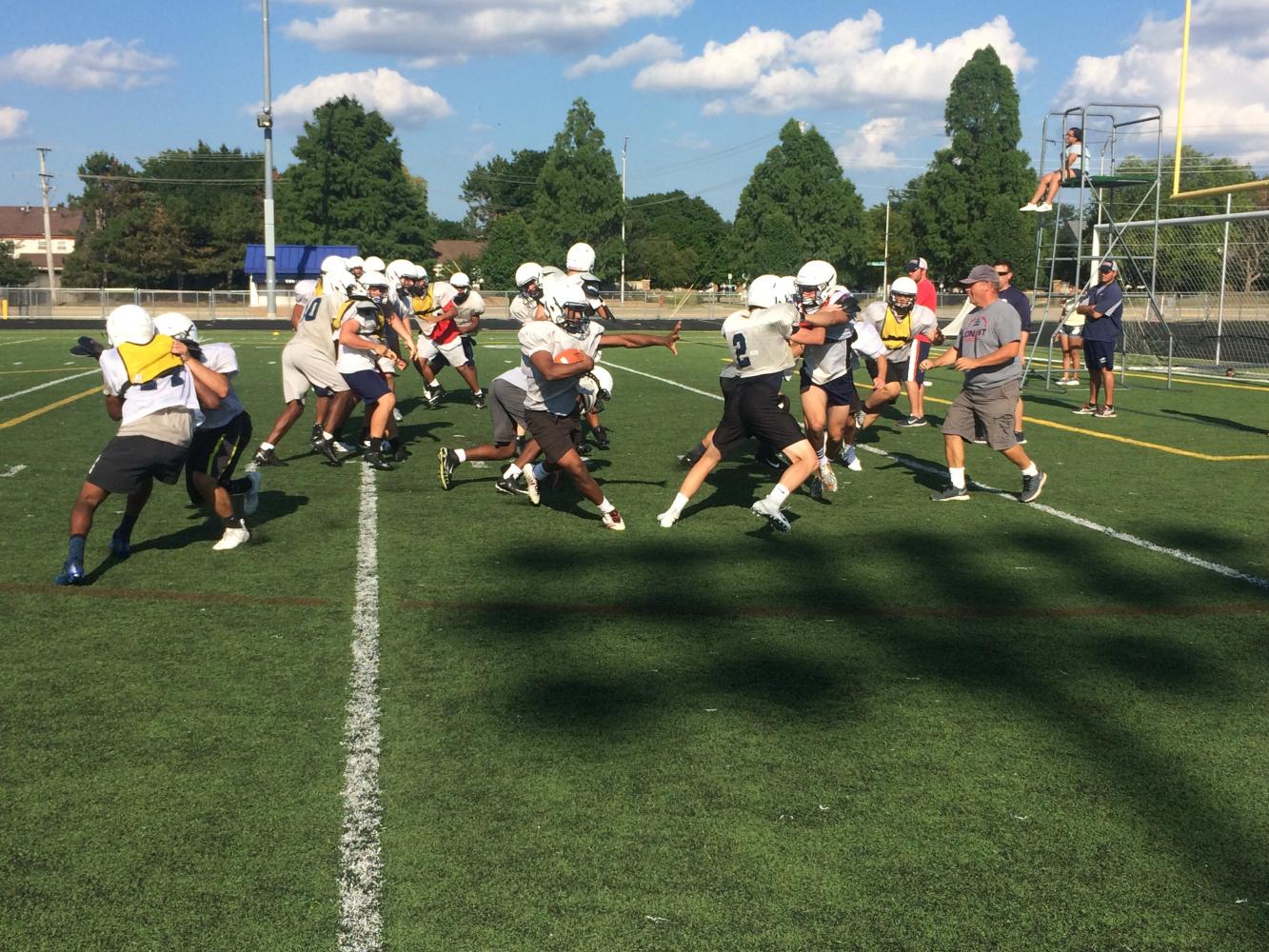 After losing their final eight games last season, including five by one possession and three in overtime, the Cougars are more comfortable with head coach Bryan Stortz’s playbook, according to Stortz, who is now entering his second year at Conant.

“Last year at this time, we had only spent a summer together,” Stortz said. “We had only worked six weeks together — five weeks really. And now this group has worked together for almost a year. There’s more understanding of the expectations of this drill, this concept, the way we do things.”

In Stortz’s postgame speech to the team after the final game of the season, he emphasized offseason work. The team’s offseason program included weight training, leadership training, and development to help build the program and culture the coaching staff wants to have, according to Stortz.

The players have noticed a change in the program’s mentality since the end of last season. Running back and linebacker Brenden Spates, ‘19, said, “Compared to last year’s mentality, our mentality this year is out the roof. We want to win, we want to fly around, and we just want to get back in that Conant tradition. We are trying to build a program.”

“We” will be an important concept for this year’s team. Stortz said, “I don’t look at our team and see ‘Oh, there’s a superstar, there’s a guy that is predominantly carrying the load.’ I think there’s going to be a really large shared contribution by a lot of people.” Stortz says that there is always more than one guy ready to play at any position necessary.

Fullback, wide receiver, and free safety Anthony Wachal, ‘19, said, “I think having multiple leaders, multiple guys that can be in different spots is going to help this team tremendously.”

The team’s practice schedule will be altered from last year due to construction on their normal practice field, which means that the football and boys’ soccer teams will have to share the stadium turf. Instead of practicing right after school every day, the team will practice at 6 a.m. on Tuesdays and 6 p.m. on Wednesdays.

Additionally, the team will have study tables after school on Wednesdays, which will be run by the coaches and mandatory to all underclassmen, as well as all upperclassman whose grades might be struggling. Stortz said he thinks the new practice schedule and study tables will be a positive for the players because it will break up the monotony of each day.

“Sometimes, people see the challenge of not having practice space as a negative. We are going to flip it and going to make it a positive for what we are going to do with our guys,” Stortz said.