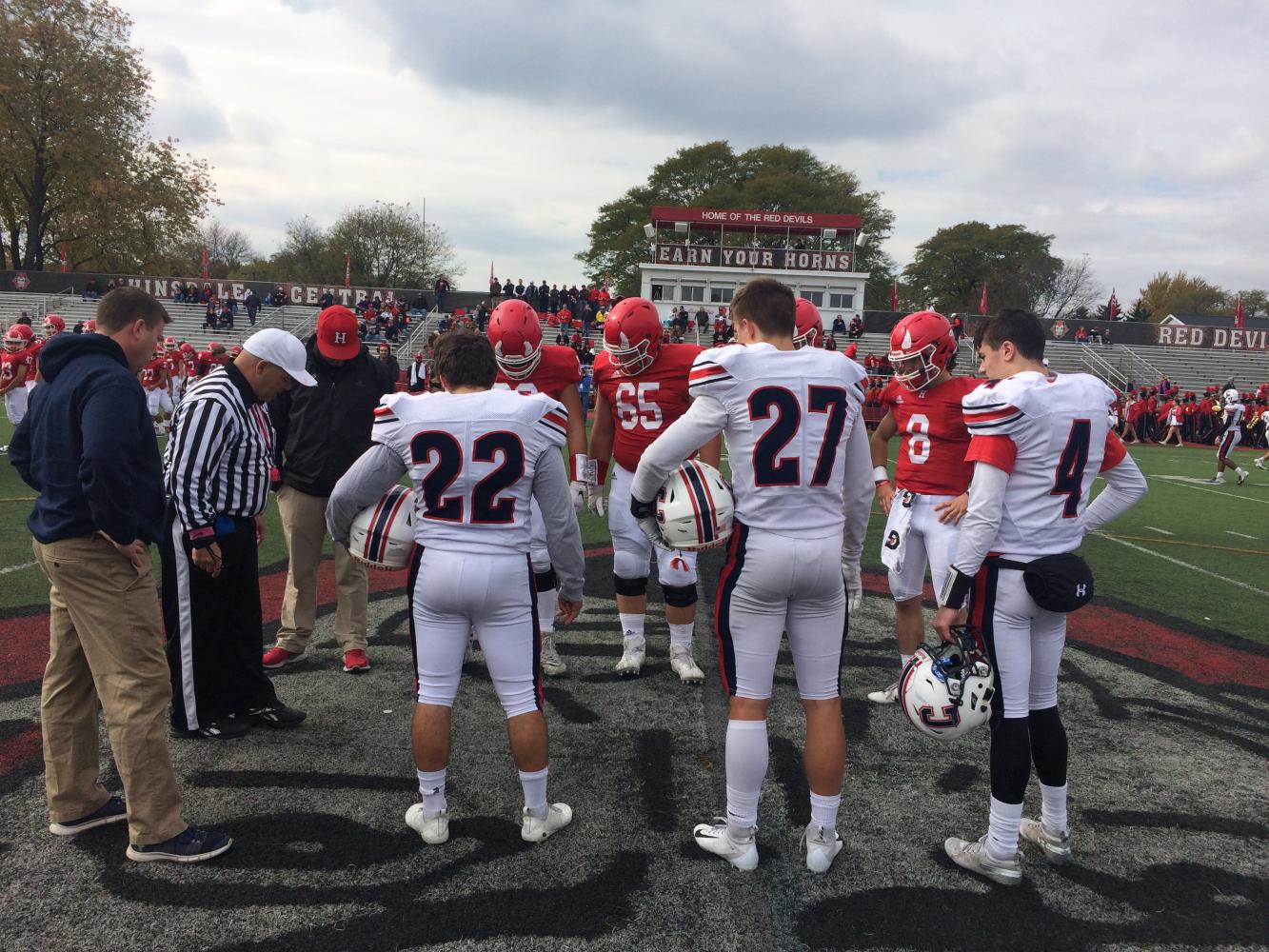 Considered the underdogs heading into this Illinois High School Association Class 8A first round game against the Hinsdale Central Red Devils, the Cougars competed for most of the game on October 27. However, a few key opportunities slipped away from them, resulting in a 28-14 loss and a final record of 6-4.

With just four minutes to go in the first half and down by seven, the Cougars stopped the Red Devils at the Cougars 2-yard line on a fourth down play. The Cougars then drove 98 yards down the field, with wide receiver and captain Anthony Wachal, ‘19, catching a 7-yard touchdown pass from quarterback and captain Kevin Polaski, ‘19, with just 39 seconds left to tie the game at seven.

Unfortunately for the Cougars, they left too much time on the clock for the Red Devils, as quarterback Matthew Rush, ‘19, threw a 51-yard TD pass to wide receiver Braden Contreras, ‘20, with five seconds left in the half, putting the Red Devils up 14-7 at halftime.

Head coach Bryan Stortz said, “Right when we were able to get some stuff put together, they came back and they answered. We talked to our kids about that. That’s what playoff football is about.”

It didn’t get better for the Cougars from there, as the Red Devils scored two more touchdowns in the second half before Wachal caught a 36-yard TD pass with 80 seconds to go in the game. Polaski threw two interceptions in the second half that eventually led to the defense giving up those two TDs.

Stortz said, “There’s a handful of plays that they made and we didn’t in key situations. I thought our kids battled. They were playing their tails off.”

The end of the season marks the end of playing high school football for the seniors. Wachal said, “[Playing for Conant football is] probably one of the best experiences of my life. I mean just being with these guys, this group of seniors, great honor to be playing with these guys.”