Pies, corny jokes, and a viola: the profile of a cross country runner 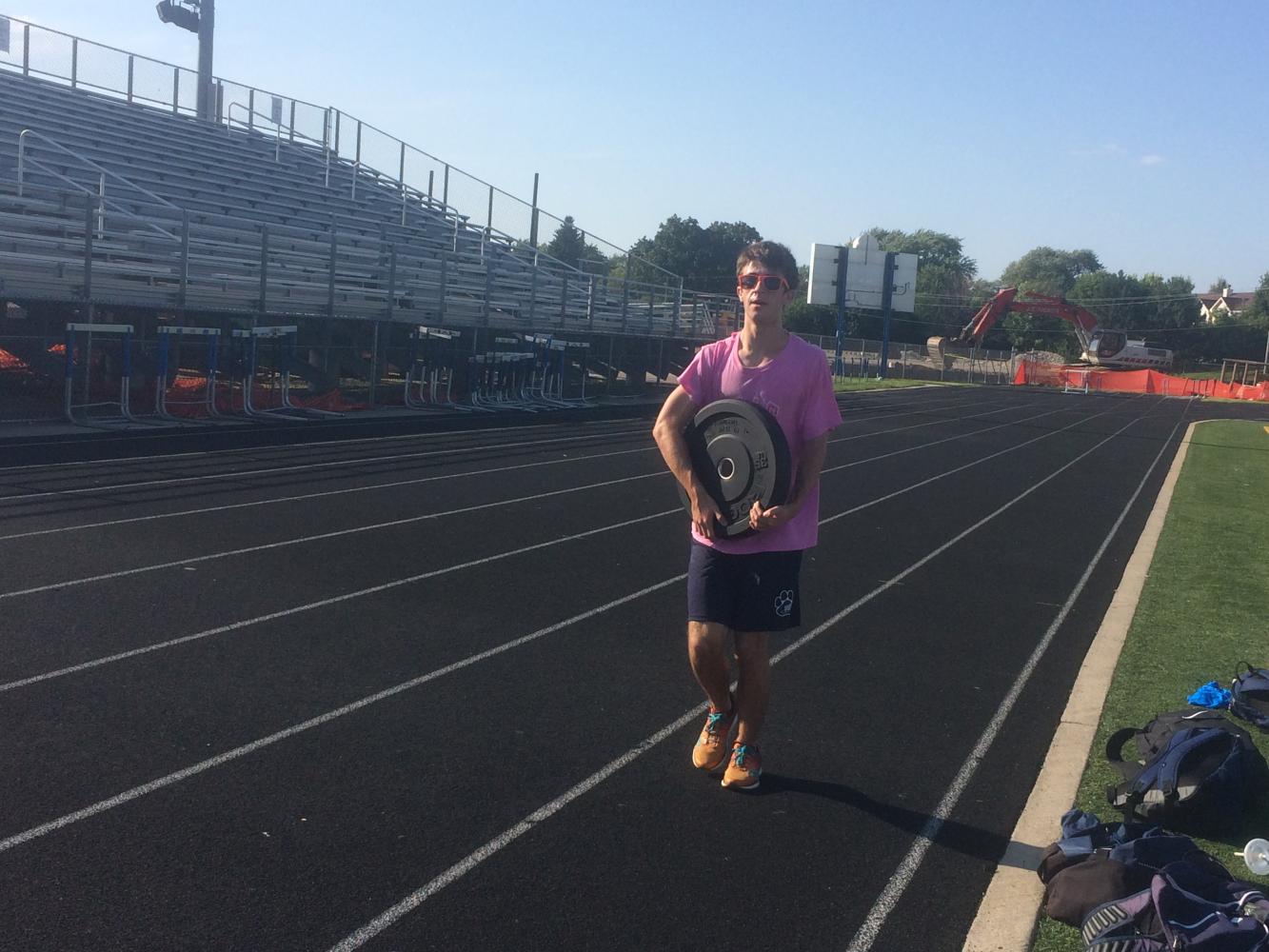 James Preucil, ‘20, is more than just a runner. He also has won multiple awards from playing the viola.

His name is James Preucil, ‘20, and he wants to continue playing the viola for his career.

“My whole family plays instruments,” Preucil said. “I started playing violin when I was three years old and starting at the beginning of 2017, I’ve been playing viola. I really enjoy making music.”

He enjoys playing so much that he dropped his study hall earlier this year so he could take two orchestras. Preucil has been in the top orchestra since his freshman year, and he joined an extra orchestra this year because they didn’t have a viola player.

Orchestra teacher Devin Godzicki said, “He’s very eager. Eager to play, eager to express himself. He’s got a great sense of humor. He tends to bring smiles to his classmates and people that know him.” Godzicki added that any chance Preucil gets to participate in a musical activity, he does.

The dedication has paid off for Preucil. So far in his high school career, he has made the Illinois Music Education Association (IMEA) District 7 Honors Group twice, the IMEA All-State honors group once, and the National Association for Music Education All-National Honor Ensembles roster and will perform at Disney World in November at their meeting.

Not only does Preucil succeed at orchestra, but he has also excelled at cross country. Preucil said, “When I was in elementary school, I was not really that good at any sports. But my dad took me on runs sometimes, and that was something I wasn’t bad at, so I really held onto that growing up.”

When Preucil got to junior high, he joined the cross country team and became a valuable member, which he said was really important to him. In high school, he has competed on the varsity roster since his freshman year and can run a mile in four minute and 40 seconds.

“I think [his teammates] enjoy James,” Powers said. “You never know what topic of conversation he’s going to bring up or what he’s going to be talking about today. He’s got jokes, corny jokes all the time. He’s certainly entertaining.

“But they respect him for sure as our leader and our number one runner. They have a ton of respect for him.”

Preucil finds another way to stand out from everyone else by bringing his stuffed meerkat to every meet. “I just like their demeanor, and meerkats in general are really nice animals,” Preucil said.

When Preucil is home, he participates in another one of his hobbies by going to the kitchen and baking pies. When he was age 10, he discovered his talent for baking one night when he was bored.

“There is just something about the feeling of the crust and the fruit that makes it really great,” Preucil said, who added that he likes to also bake pies with chocolate, peanut butter, and candy. He estimated that he as baked at least 50 pies in his life.

“It’s also a great way for people to appreciate me sometimes,” Preucil said.