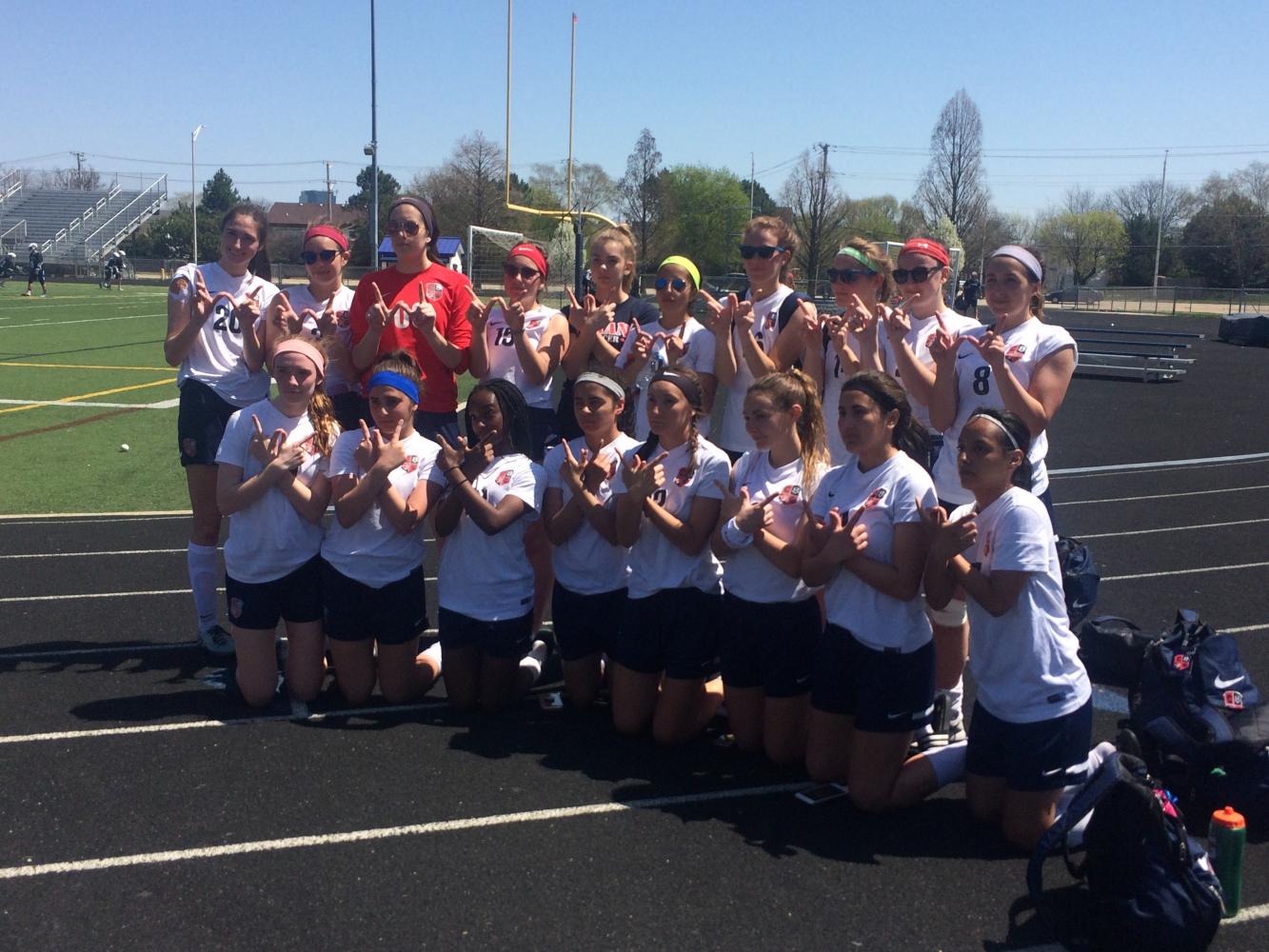 After defeating Barrington 2-1 on Saturday, the girls’ soccer team make a “w” with their hands to celebrate.

With Barrington already clinching the MSL West Division on Friday night, Conant knew that they wouldn’t be playing for the division title. Still, the second-place Cougars came out to play with a load of energy on Saturday, winning 2-1 at home and giving the Fillies their first conference loss in three years.

Coach Jason Franco said, “I think we came out with a lot of energy out of halftime. We were able to keep the ball in their end a little bit. [When] you score on those sloppy corner kick goals [referring to Moreno’s goal] it makes a big difference. Then, obviously, getting Jess’s goal helped us with our confidence. Then, we had to hang on to it at the end.”

Moreno, who is a vocal leader on the team, said the team always tries their best the first 10 minutes of a half because that is when they have the most energy. “That is what everyone was doing at the same time. You get results when everyone is working together as a team.”

Captain and goalkeeper Taylor Cyr, ‘18, who shut out the Fillies in the second half, said, “I give all my credit to my team. I’m so proud of how we played today.”

Though the game had no significance in terms of conference standings and playoff seeding, the Cougars see the game as a confidence booster. “We’ll run with it and see if we can parlay it into a regional win.”

Regionals are coming soon for the Cougars. On May 15, they will play Wheaton North at home in the IHSA Regional Semifinals at 6:30 p.m.

Cyr said, “We’re going to put our heads down, train hard, and see how it goes in the playoffs. Hopefully, we will be able to make a run.”