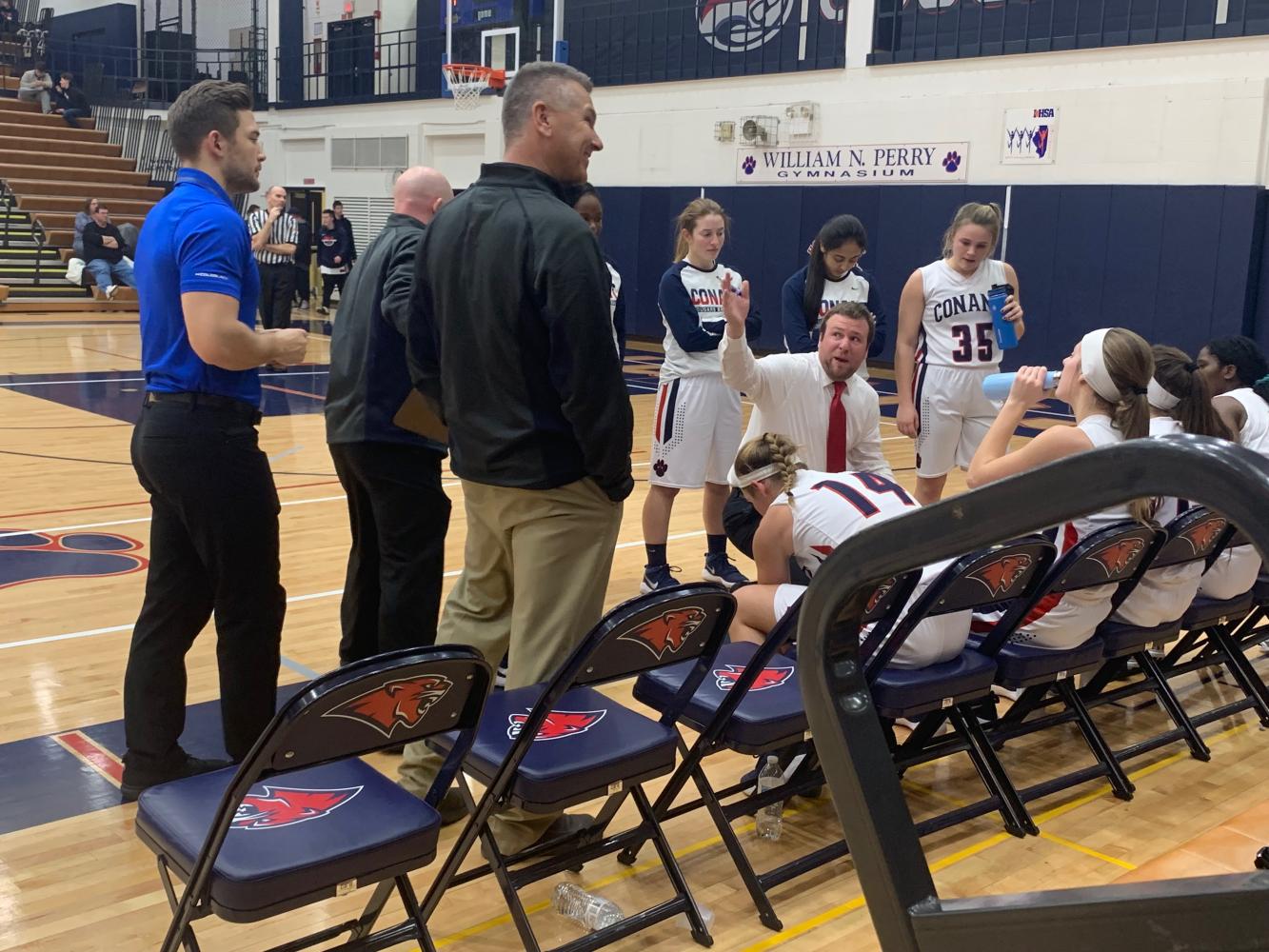 Head coach Todd Strauch talks to his team during a timeout. The Cougars defeated Barrington 58-44 on Friday.

Down by seven points at halftime to the Barrington Fillies, the girls’ basketball team came back in the second half and won 58-44 on Friday night.

“We struggled really early on communicating,” head coach Todd Strauch said. “There was no talk. The girls weren’t in the same spot on offense, we had no talking on defense. They fixed that in the second half and it showed.”

Indeed it did. With 11 seconds in the third quarter, guard Neeha Kakuturu, ‘21, hit a three-pointer to give the Cougars a 45-42 lead. The Cougars never relinquished that lead, as they held the Fillies to two points in the fourth quarter en route to a win. The Cougars are now 8-12 on the season after defeating Deerfield 60-47 at home on Tuesday and they also have a 3-2 conference record.

Guard Hannah Shulman, ‘19, who scored 17 points, said, “At halftime we talked about being more aggressive on defense and stopping the ball, so we closed out on shooters and guarded their few good players and hit our shots.”

Strauch was particularly impressed with Shulman’s aggressiveness. “Hannah was really aggressive on the offensive end. When she does that, we are a much better team.”

Strauch was also impressed with guard Stephanie Mazurek, ‘19, who scored 13 points, for her “[ability to be] all over the place.” Another player he was impressed with was forward Chikere Oduocha, ‘20, who scored five points. “[Chikere] the last couple of games has really turned it on, and she can be a very dominant force when she wants to be,” Strauch said. “She’s wanted to be lately.”

The Cougars next game is a conference game at home against Hoffman Estates at 7:30. Strauch said the team will look to continue executing both offensively and defensively, as well as communicating and being aggressive like they were against the Fillies.