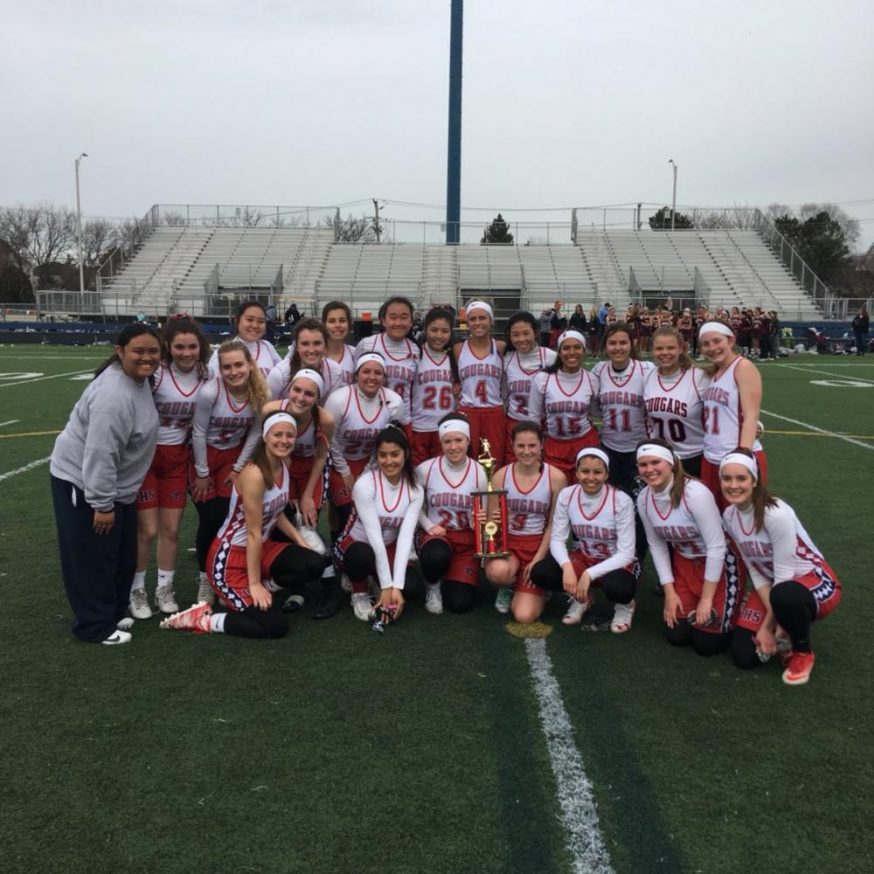 Eight teams from across the state will be playing in the third annual CougarHawk Girl’s Lacrosse Tournament on Saturday. Games will be played at both Conant and Hoffman Estates High Schools, and the tournament will start at 8 a.m.

“The CougarHawk was set up to promote girls’ lacrosse as a sport,” Conant head coach Eric Jacobsen said. “There are rules for the number of games we can have in the state of Illinois. A tournament can count as one game.”

“It’s definitely one of the days the girls look forward to,” Hoffman Estates head coach Eric Gdowski said, who added that since the tournament has started, his players have gotten more excited about it, becoming something they look forward to in the offseason.

“Other coaches have given us great feedback. They like the opportunity of playing different teams, three games in one particular day, and again, it gives us as coaches the ability to see our girls even evolve over the course of a day. It gives a lot our girls the opportunity to play more minutes. It’s been a positive experience,” Jacobsen said.

One of the reasons why the tournament exists between the two schools is the relationship between Jacobsen and Gdowski. Gdowski, who graduated from Conant in 2007, was coached by Jacobsen when he was a freshman football player.

“When I got out of college, [Jacobsen] asked me if I wanted to volunteer with girls’ lacrosse,” Gdowski said. “I said I knew absolutely nothing about girls’ lacrosse and I do not know anything about coaching girls. I had trust in him and I did it, and it was one of the best decisions in my life, and I thank him for that.” Gdowski is now in his third season as the Hawks head coach.

Jacobsen said the two schools host the tournament because of how close the coaching staffs are, the proximity of the schools, and how both coaching staffs share similar coaching philosophies.

The championship game will start at approximately 2:15 p.m. at Conant. The Cougars won the tournament in its first year and placed in second in its second year. “Expectation is always to be in the final and to win the championship,” Jacobsen said. “I think this year Hoffman might be the team to beat just with the way they’ve been playing lately and the seniority on the team.” On Thursday, the Hawks defeated the Cougars 11-9 at Conant in a conference game.