As NBA G League grows, so does its media coverage 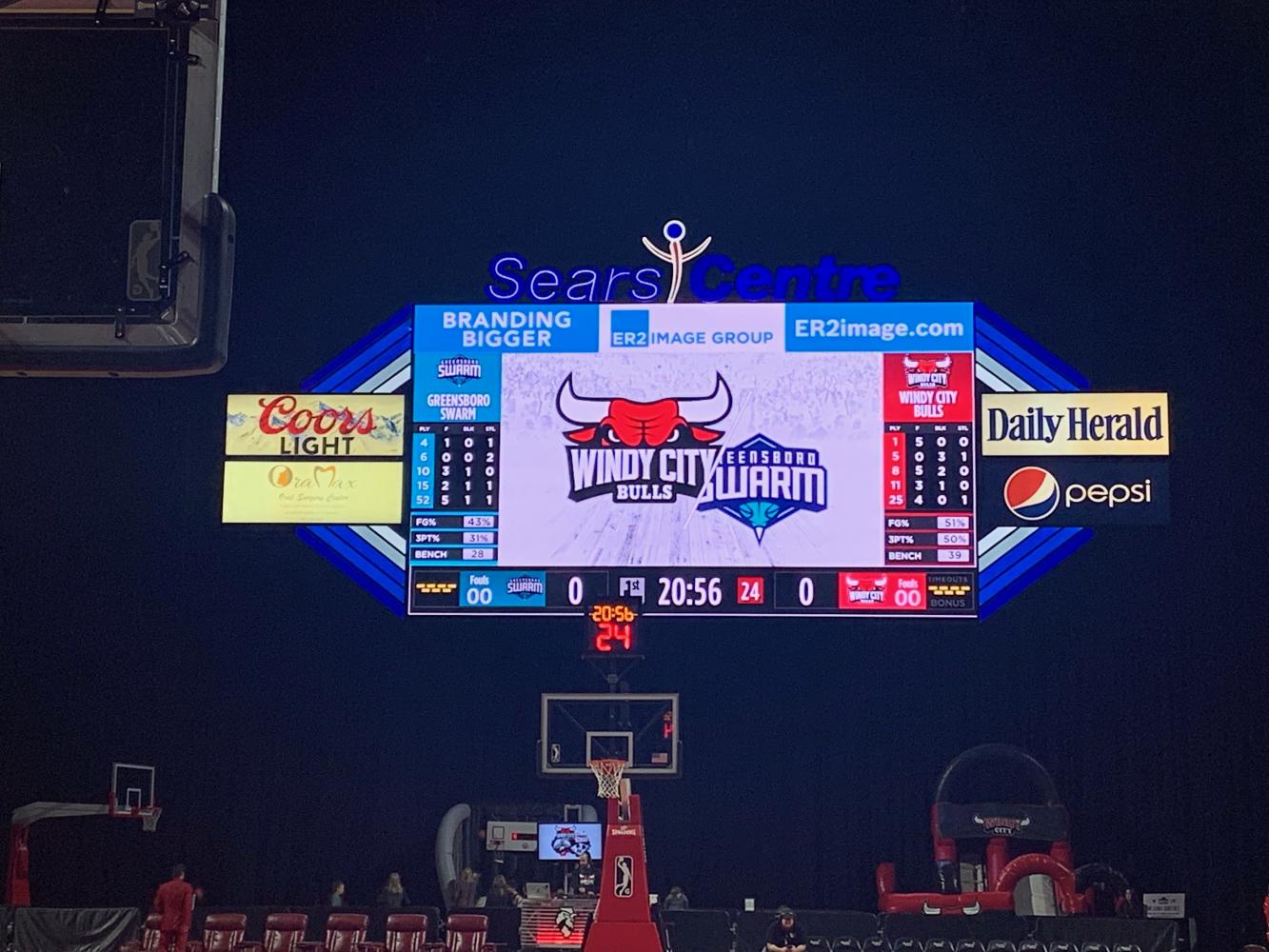 Now with 27 teams, such as the Windy City Bulls and Greensboro Swarm, the NBA G League continues to grow its brand each season. One of those ways is through the media.

Over the years, the NBA G League has grown like a tree. Since its inception in 2001, the league has grown from eight teams to 27, changed its name twice, and has become true minor league farm system for NBA teams. At the beginning of this year’s NBA season, 40 percent of players on NBA rosters had G League experience.

As the G League’s branches have grown, the media coverage of its teams have followed in the same direction, including for the Windy City Bulls, who play at the nearby Sears Centre in Hoffman Estates. “I think like anything with the G League, [the media coverage] has really grown,” Windy City Bulls head coach Charlie Henry said. He added that some people on Twitter, such as Adam Johnson, do a nice job covering the league.

Henry said, “Sam Smith, our Bulls writer, has done a nice job highlighting a few individuals. Particular story: you look a guy like Al McKinnie, I think his story has seen a lot of really nice coverage over the past few months. I think [the media coverage] is growing. I think there’s room for more growth and I look forward to it.”

“The media is not going to cover a regular game and report on that like you would see with a major league team,” Seymour said. “However, they will traditionally take advantage of and do stories on the human-interest side of our of our players or coaching staff.” An example of a human-interest Seymour said was done on a coach was when the Daily Herald did an article about assistant coach Henry Domercant returning home from Chicago after playing around the world.

This type of coverage may not necessarily be the same across the entire G League. “[Chicago] is not a minor league market, so I think the conversation you would have with a team in Des Moines, for example, or Sioux Falls, one of the smaller markets in the league — I think their coverage is completely different. Those are markets where you have nightly coverage of your games, from TV to newspaper because you’re the only show in town,” Seymour said.

Regardless, the G League has provided more coverage of their games over the past few seasons, with games now being broadcasted over Facebook Live and ESPN+. Windy City Bulls guard Walt Lemon Jr. said, “It’s slowly getting better. My first year in the G League, I really don’t think it was that important to them. But as the years go by, they are doing a lot more for it. Guys are getting paid a little bit more and we are getting televised games and stuff like that so I think as the years come it should get a little more notoriety.”