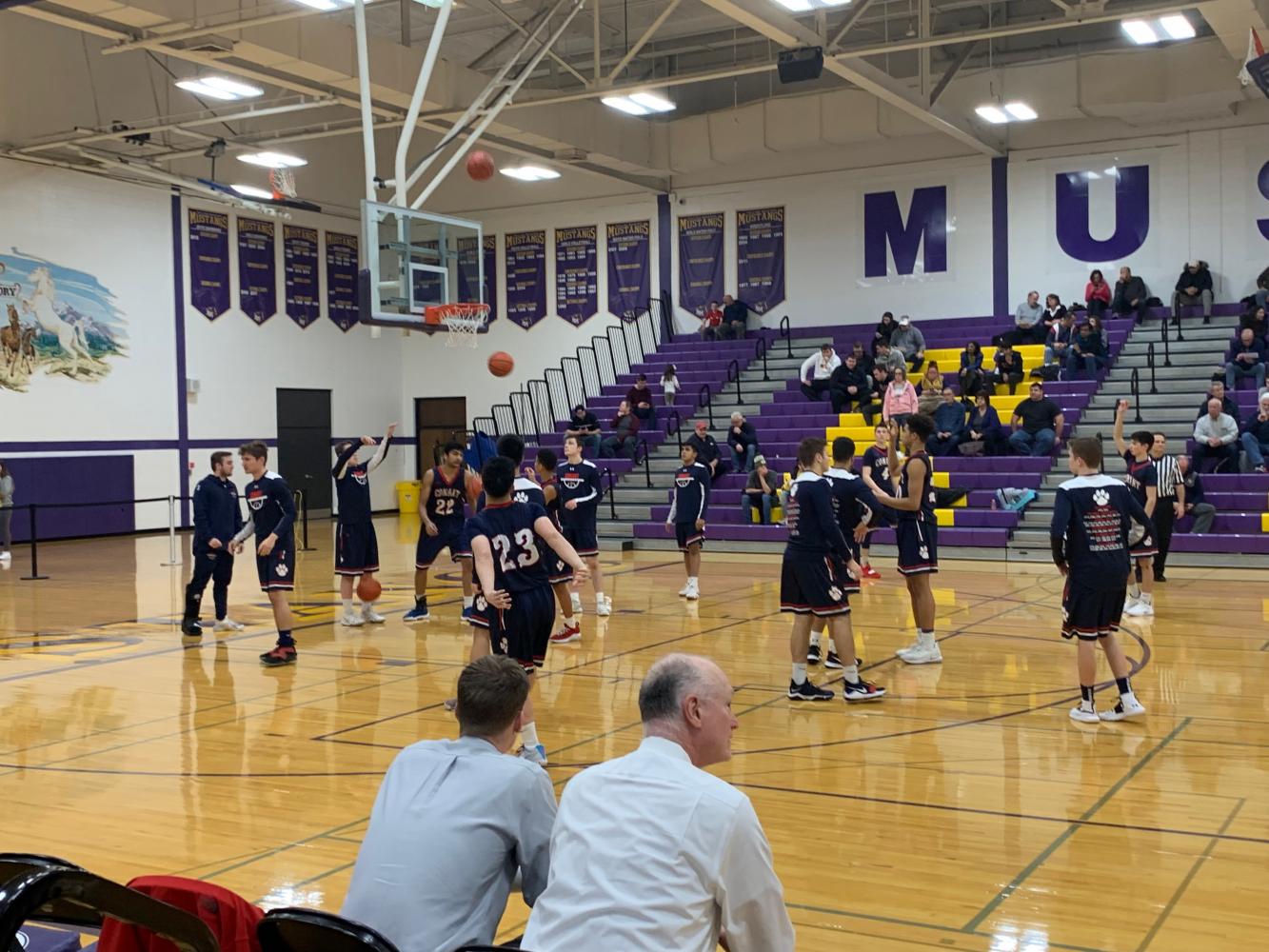 The boys’ basketball team warms-up before the second half of their game against Rolling Meadows. The Cougars lost 55-51.

After playing a back-and-forth first half, the Cougars were unable to keep up with the Rolling Meadows Mustangs in the second half on Tuesday night, as they lost 55-51 on the road.

After being down 30-25 at halftime, the Cougars were never able to cut the Mustangs lead down to less than three. Nationally ranked guard Max Christie, ‘21, scored 28 points for the Mustangs, and hit two critical free throws late in the game to help seal the deal for his team.

Head coach Jim Maley said, “I thought we did a decent job in the first half. [In the second half] we didn’t make plays. I thought we had opportunities at the end of the game. Many opportunities and then we turned it over, forced a pass that wasn’t there, and you can’t do that. One, you can’t in that position where you’re down that much and trying to come back. This one was a tough one.” The Cougars were down as much as 11 points.

Dropping to 7-9 on the season, the Cougars have now lost three games in a row, dating back to the Jack Tosh Holiday Tournament, where they lost their final two games.

Captain and forward Raj Mittal, ‘19, who led the Cougars with 17 points, said, “Right now, we are missing something on our team. I think that each one of us needs to realize that and pick ourselves up and move forward.

“The best thing about a mindset, you know, it’s not a skill that you have to develop. We just have to have 16 guys who are willing to buy in, and today, I didn’t think we had that. That was the difference,” Mittal said.