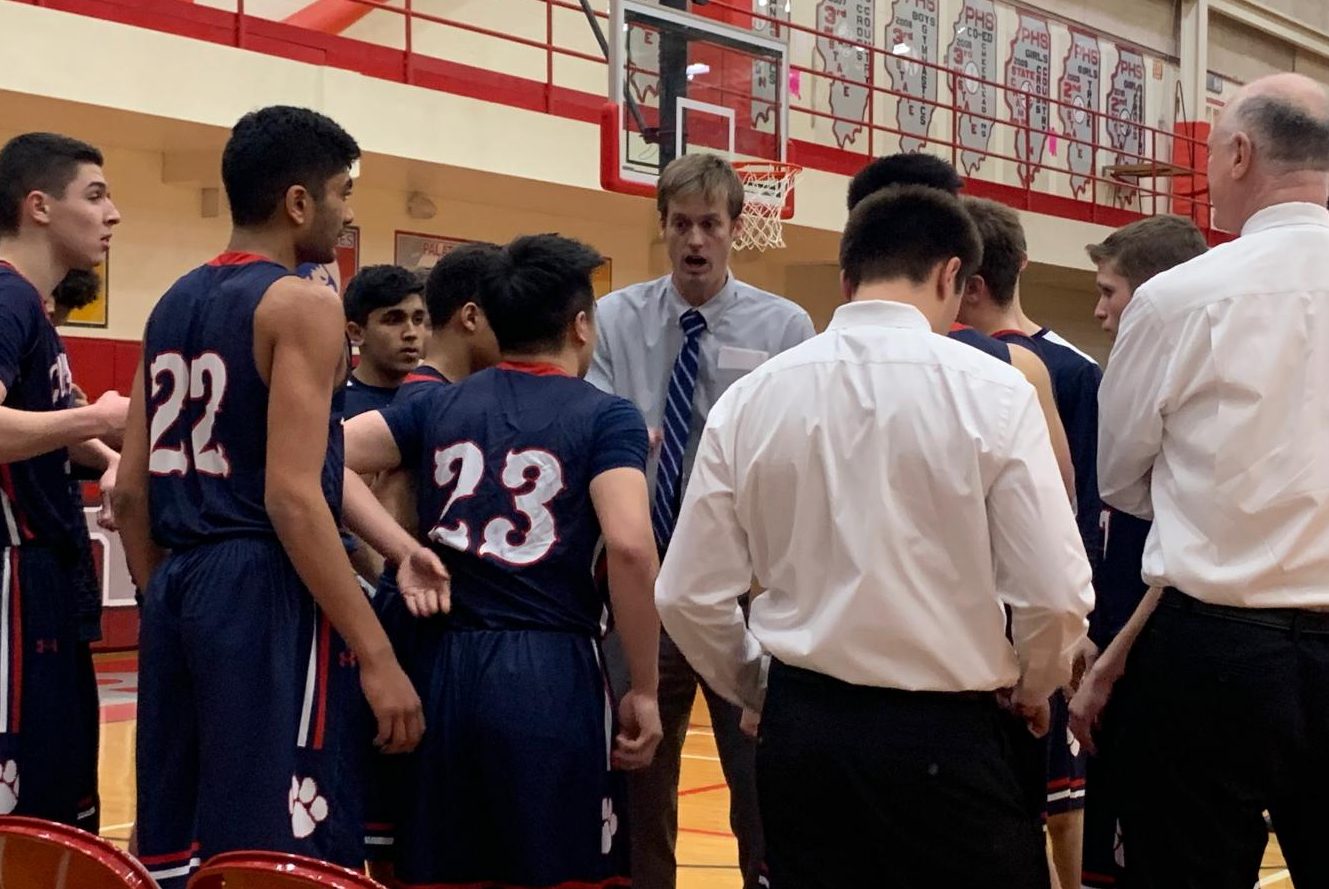 Head coach Jim Maley talks to his team during a timeout. The Cougars defeated Palatine 48-39 on Friday.

The boys’ basketball team was down for most of the first half, but they found a way to gain a lead in the third quarter and ultimately won 48-39 over the Palatine Pirates at Palatine on Friday. This was the Cougars’ first win since defeating Barrington on Jan. 11, improving their record to 9-12 on the season, with a 4-4 MSL West record.

Down 19-15 at halftime, the Cougars took the lead when guard Ranier Roque, ‘19, hit a three point shot with 2:36 left in the third quarter.

Head coach Jim Maley said, “I think one of our points of emphasis at halftime was to push the ball up the floor a little more. We felt like we could beat them in transition, and I thought our guys did a good job of doing that.” He added that when the Cougars started hitting shots, they got momentum while the Pirates got nervous, and the Cougars capitalized.

Captain and forward Raj Mittal, ‘19, who scored 10 points, said, “What this [game] shows us is the hard work we’re putting in means something. It’s tough for a team that’s lost a couple games, who haven’t won in a while, to believe in themselves. We keep on believing. I think that’s what made the difference in this game. We didn’t let up.”

The Cougars’ leading scorer was forward Devon Ellis, ‘21, at 13 points. “Devon, I don’t want his head to get too big, but I think he’s going to be a very, very good player by the time he’s a senior,” Maley said. “Just his development over the course of this season, he’s become one of our go-to guys.”