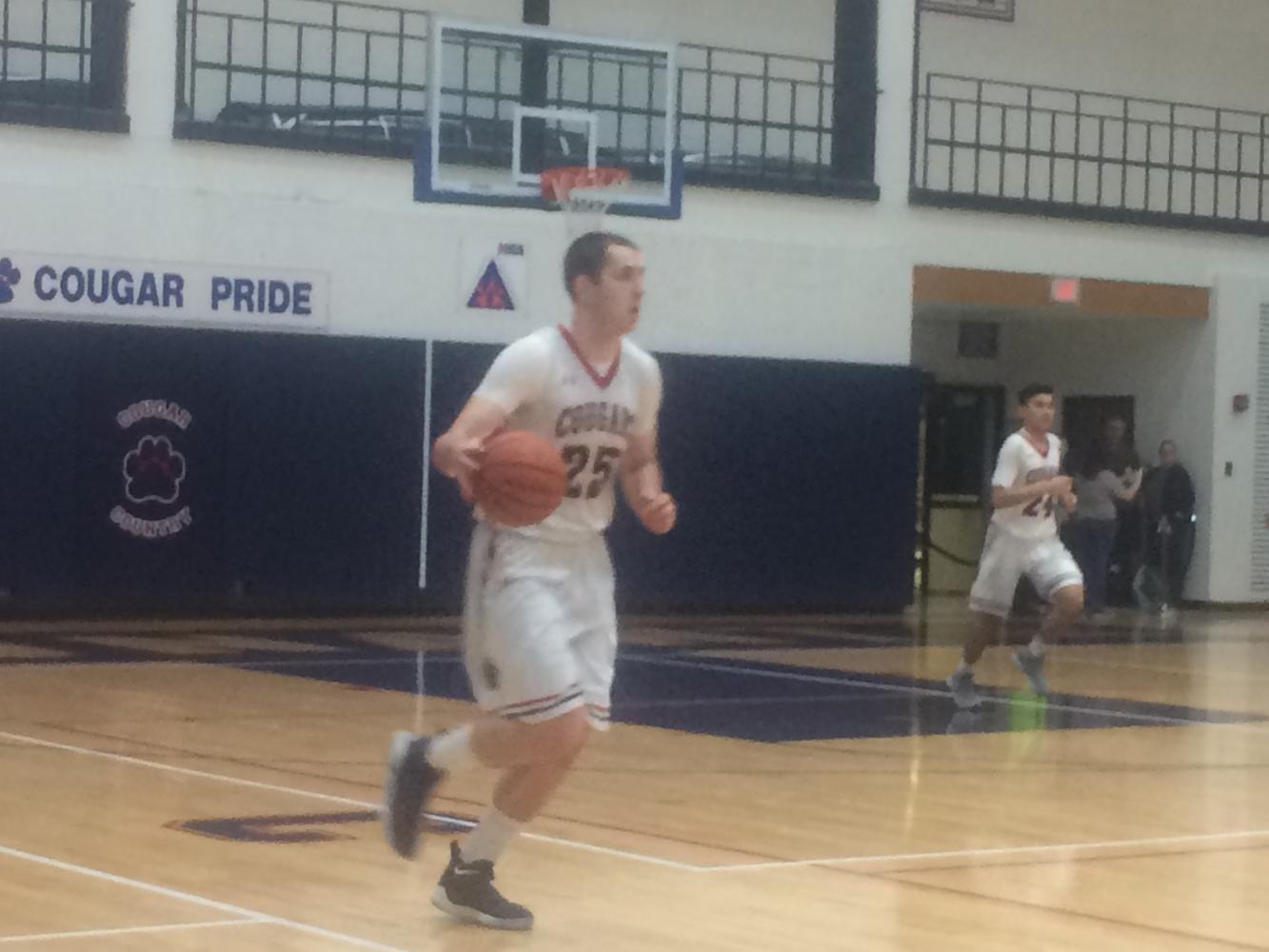 Captain and center Ryan Davis led Conant to a 57-42 victory on Friday over Hoffman Estates by scoring 24 points.

In Friday’s night game against Hoffman Estates, Conant held the Hawks to 19 points in the first half, which would prove key later in the game when the Cougars went on a five minute and 42 second scoreless drought in the second half.

The Cougars led 29-19 at halftime. Coach Jim Maley said, “I thought we played a really good first half. We moved the ball pretty well. Our defense was good. We rebounded well, and we took care of the basketball.”

Conant started the second half strong, scoring 11 points within the first three-and-a half minutes. But after guard Joe Arriaga, ‘18, scored two points with 4:32 left in the third quarter, which brought the lead to 40-25, the Cougars were unable to score until swingman Jonathan Kolev, ‘19, made a three-point shot with 6:50 left in the fourth quarter.

“We weren’t moving the ball. We were playing more one-on-one, driving into turnovers. I felt like if we kept moving the ball, we would continue to score every possession,” Maley said.

Captain Ryan Davis, ‘18, said that the next time they play with a double-digit lead, they will play the way that got them there.

Fortunately for the Cougars, the Hawks scored only three points during the Cougars’ scoring drought. The Cougars scored 17 points in the fourth quarter to secure the 57-42 win.

Maley was impressed by Kolev’s performance, who scored nine points. Kolev had started earlier in the year but lost his starting position during the season. He started again on Friday night.

“I was focused on getting the win, executing the scouting report and the game plan coach made for us, and it was team thing,” Kolev said. Kolev added that he will try to maintain his high performance by staying focused, going hard at every practice, and being ready for every game and possession.

This was the Cougars 13th win of the season and 3rd conference win. This game also marked Coach Maley’s 100th career win as a head coach. The Cougars also defeated St.Patrick’s on Saturday 57-41 and play Palatine at home on Jan. 19.