Bad Moms is back with more laughter and warmth 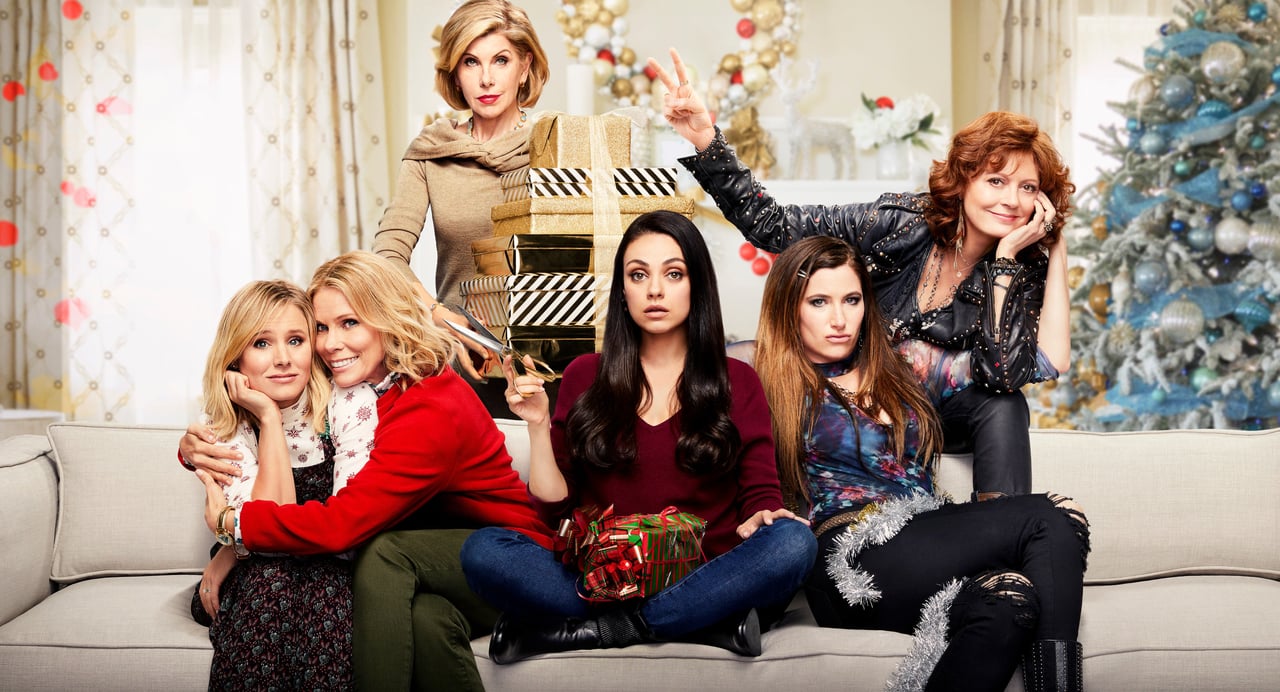 Christmas is seen as a cheery holiday characterized by relaxing near a fire, making cookies, and exchanging gifts with the people you love— but that isn’t the case for the moms of “A Bad Moms Christmas.”

“A Bad Moms Christmas” is a comedy about Amy (Mila Kunis), Kiki (Kristin Bell), and Carla (Kathryn Hahn), three moms struggling to make the holidays perfect for their respective families. It makes for a successful sequel to the 2016 movie “Bad Moms,” and even goes further to surpass expectations set by the original by introducing lovable characters, unique conflicts, and an unforgettable ending.

The movie begins by showing Amy sitting on the stairs inside a house, surrounded by a ruined Christmas display as a camel walks by, effectively drawing the audience in to question what happened. Amy narrates that this Christmas has been the worst one of all, and goes back from the beginning to show the viewers exactly how she got there.

The film transitions between the three mothers and their accomplishments at putting together Christmas by themselves. When their own mothers come in, however, it takes a turn for the worse as each brings in a uniquely disruptive and frustrating trait to the family gathering. The different family problems highlighted issues viewers might face in their own relationships, making it comfortingly clear that everyone has struggles when it comes to family.

From there on, the movie widely ranges from scenes that bring tears of laughter (especially the montages of the trio of moms hanging out together) to tears of joy and sadness (with many emotional heart-to-hearts between family members). The humor contrasts nicely with the less funny undertones of conflicts in mother-daughter relationships, which can be relatable to many viewers, whether they are a mother, daughter, or both.

Compared to the previous movie, “A Bad Moms Christmas” comes out on top, but it isn’t perfect. A viewer can watch “A Bad Moms Christmas” without seeing the previous one and enjoy it just as much. But someone who has seen the original might notice the several similarities in the two plots, which can make the second film somewhat predictable. In both movies, Amy always seems to be right, and her problems tend to be caused by characters around her rather than due to her own flaws. The sequel proves to be an improvement on the first due to its colorful plot that show more than just Amy’s troubles with motherhood, while also not being overwhelming.

Even with the characters’ imperfections, the acting is done very well. Kunis proves to be exceptional at showing what her character is feeling, both in narration and physical acting. Bell shows that she is versatile at many different personalities, as her character, Kiki, is the total opposite of some of her roles in other productions (such as Eleanor from “The Good Place” or Elle from “Heroes”). Hahn develops a new side to her character that the audience wouldn’t have thought possible if it weren’t for her portrayal. Not only do the main characters show skill, but every actor in the film does such a good job that a viewer might be reminded of someone they know in real life.

Overall, the movie succeeded in setting up all of the right tones with its Christmas-based soundtrack, colorful cinematography, and talented cast. Not only does it make viewers excited for the holidays and want to give extra gratitude to their moms this year, but it leaves them wanting more for a possible sequel with the same complex and comedic characters.