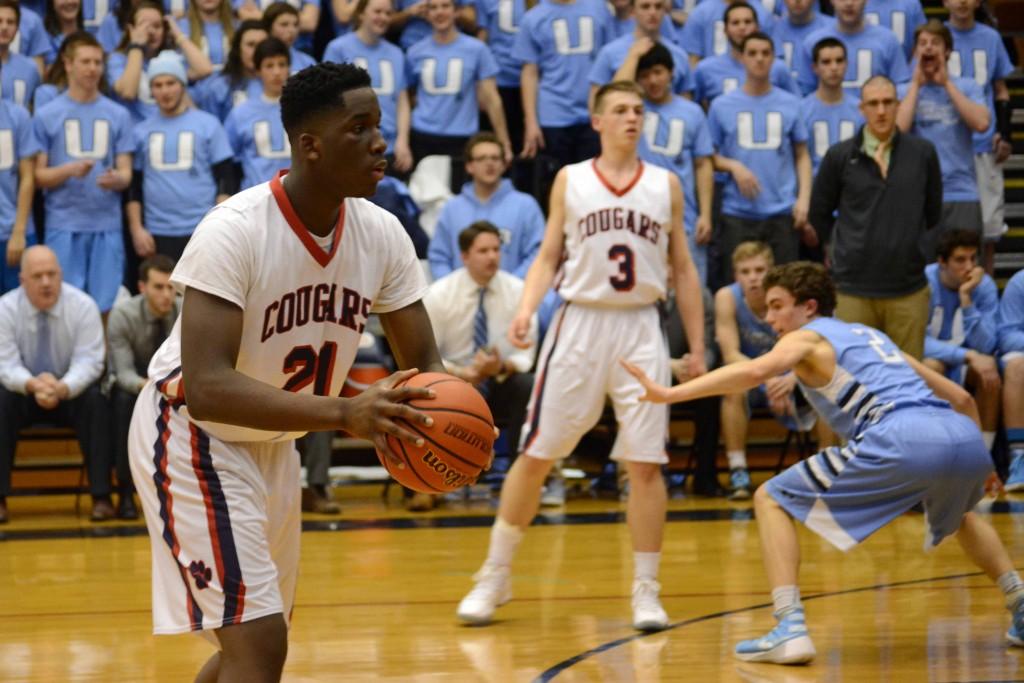 In front of hundreds of screaming fans, Conant (23-6) pulled away from Lake Zurich (25-9) in overtime to advance to the supersectional, also known as the Elite Eight. Conant will make its first trip to the Elite Eight since 2007 and became the first MSL team to advance from a sectional since 2010.

The first half was a defensive and hard-fought battle as Conant went into halftime with a 16-11 lead. But as soon as the second half began, the pace started to intensify. Ben Schols had a pair of three-pointers to stretch the lead to 12, but Lake Zurich battled back with their own three-pointers from Michael Bens and Nick Meyer.

Lake Zurich pulled within 25-27 before another big run by Conant. Led by sophomore Ryan Davis’s three-pointers and numerous post-ups, Conant extended the lead to 39-32 with three minutes to play. Lake Zurich wasn’t done, however, as they stormed back with key outside and free throw shooting. And with 38 seconds left, they drew a charge and tied the game up on the other end. A long miss by Jimmy Sotos pushed this game into overtime.

That’s when Brandon Vinson took over. Unusually quiet in regulation, Vinson scored the first five points in overtime. His defensive tenacity showed as he stripped the ball from a Lake Zurich player and scored to put Conant up 47-42 mere seconds after the tipoff. After a pair of Lake Zurich free throws, Vinson’s aggresiveness led Conant to another 5-0 run to lead 52-44 and put the game out of reach.

This win was a big one for Conant, but the journey doesn’t end here, as they’re slated to face Auburn High School from Rockford, Illinois on Tuesday night at the Sears Center.

Nitin is a sophomore at Conant High school and a sports writer for the Crier. He's also involved with the Debate Team, BPA, and Math Team. He likes to watch Netflix and play basketball in his free time. Something you might not know about Nitin is that he's a black belt in karate and kung fu.