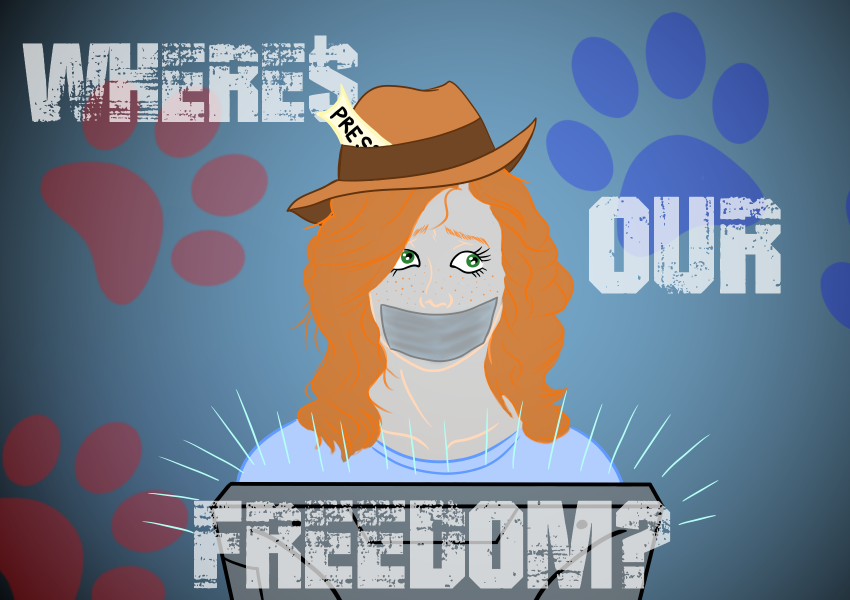 “Watergate started with two local reporters,” Josh Singer said in “Glamour” magazine’s March 2016 issue. The words from the screenwriter of 2016’s Best Picture-winning movie “Spotlight,” which revolves around a team of investigative journalists, affirm the importance of the current battle for the rights of student journalists in Illinois.

A new piece of legislation submitted by Rep. Will Guzzardi and Sen. Daniel Bliss aims to correct a wrong in the treatment of student journalists. The Crier believes that this bill, HB 5902, or the Speech Rights of Student Journalists Act, is essential to ensuring that stories relevant to the Conant community will be covered in an ethical, uncensored manner.

We all learn in our U.S. History class that America was founded on certain principles of freedom, including the right to a free press. However, this standard falls short when it comes to protecting student journalists.

In 1988, a Supreme Court decision known as Hazelwood School District v. Kuhlmeier created a precedent where administration could review and withhold articles from school-sponsored expression if it posed “legitimate pedagogical concerns,” a very vague standard to follow. The primary problem with this ruling was that it allowed schools to cut or edit stories that characterized their policies in unflattering ways, creating a sneaky bias.

The new bill states that students have the right to exercise freedom of speech while writing for school publications. This holds true even if the school finances these publications, as is the case at Conant. The act does not protect any work considered to be slanderous, an invasion of privacy, or criminal in nature. Finally, the bill would prevent disciplining of district staff who stick up for student journalists in the face of administrators.

The Crier strives to both inform and represent Conant’s student body. This can only be done if we have the ability to publish pieces without worrying about censorship from our own district. The Crier has faced issues with prior review and other restrictions in the past, but in recent years, Conant administration has taken a largely hands-off approach with school publications. However, many high school newspapers across Illinois have not been so fortunate, and without HB 5092, the Crier has no guarantee to these freedoms in the future. This is unacceptable.

As high school students, we are beginning to form opinions on complex issues about the world around us. We are learning how to be skeptical of what we see and what it means to pursue a topic with passion.

It should not be up to administration to decide which of these ideas and views can be printed. To do so would be robbing the Crier’s readers of the chance to see something in a new light or learn something new. And of course, it robs writers of their voices, promoting timidity and fear of backlash during a time when they ought to be encouraged to speak up.

In fact, changes in the school curriculum are already underway to embolden students to think about the world around them. In August 2015, HB 4025 was passed, an act that requires Illinois high school students to take a civics course before graduating. One of the intended focuses of such a course is the discussion of current controversies that students already hear about on the news, like gun control or abortion. The class is designed to help teens become culturally and politically savvy adults who can navigate through democratic processes. This idea is also at the core of HB 5092, and it seems that they would go hand in hand.

The battle to overturn the damaging Hazelwood standard has been going on practically since the Supreme Court decision was made. Right now, HB 5902 has been passed in both the Illinois House of Representatives and Senate. All that’s left is for Gov. Bruce Rauner to approve the measure.

In 1997, then-governor Jim Edgar vetoed a similar bill when it was in the same position as HB 5902. However, the way we communicate and get our news has changed drastically since 1997. If an article isn’t published or an idea isn’t allowed, a student can put it on Twitter instead. With the internet being as vast and omnipresent as it is, the antiquated idea that high school students need to be protected from articles on sensitive matters is simply unrealistic.

It is the Crier’s sincere hope that Gov. Rauner recognizes these changes in the world, considers the present and future of student journalism, and decides to sign the Speech Rights of Student Journalists Act into law.