The Class of 2016: Our new responsibility 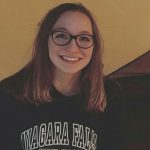 Three days before freshman year, I moved to Elk Grove. I did not know a soul. Walking into the doors the first day made me feel completely lost and desperately alone. All my life before that day, I interacted only with the same people I knew since preschool. I was so scared starting high school, in fact, I used to sit in the bathroom during lunch because my social anxiety stopped me from trying to make friends or even just find somewhere to sit. Pathetic, I know.

My fear stopped me from accomplishing and experiencing a lot of things. Not only did it inhibit me from making friends early on, but I didn’t join any clubs the first couple years, either. I didn’t realize exactly how much I was missing out until I finally began to step out of my comfort zones. For example, I’ve joined SADD club, Tapestry, and actually started talking to my classmates and have made friends who molded me into the person I am today. However, I still allowed my fear and low self-confidence make my decisions. I didn’t even apply for NHS because I figured I wouldn’t get in. I almost didn’t apply for a U of I scholarship, which I ended up winning, because the prospect of a panel interview seemed like a nightmare. I realize now, my only limits are the ones I set for myself.

I’m encouraged that my early beliefs on climate change have finally been acknowledged as valid. World leaders have recently gotten together at the climate change summit in Paris to address steps that must be taken in order to protect our earth. While there are still a few fringe naysayers, Trump included, for the most part, the world is taking my sixth grade concerns seriously. Twelve-year-old me couldn’t stand up to a teacher. If only I had 18-year-old me by her side, maybe I would have convinced not only the class, but also the educator that our generation needs a say in our future. So what concerns do each of us have at 18 that shouldn’t be silenced?

If there’s just even a part of you that can identify with my story, then you too, are not unlocking your full potential. Our generation will endure higher student loan debt, higher poverty, and higher unemployment than any other generation before us. According to Pew Research, this is undebatable. Like an easy mark, we’ve been set up to have our future swindled. It’s predicted by the time we’re 40, we will be worse off than our parents. The American Dream of owning a home, keeping two cars, and retiring with a pension may be out of our grasp. Often, Millennials are dismissed as too naive to know what’s right, and Republicans and Democrats alike fight to maintain the mechanics of Washington. Look at our participation in Occupy Wall Street, Black Lives Matter, and recent election politics. Young people, like us, haven’t been a force to be reckoned with since the Baby Boomers banned together for civil rights, environmental awareness, and Vietnam protests. Generations before us have been reckless with our future, and they continue to disregard and dismiss our voices to maintain their status quo.

So, as we stand at the threshold of our future on graduation, I urge you to join me and push through your own discomfort:

We are not alone. We each have the potential to make a difference and change not only the mechanics of how things run, but forge a new direction for generations to come. If we don’t take the reigns now, we’ll have no one to blame in the future but ourselves. We are the Class of 2016. Our path will not be decided for us.