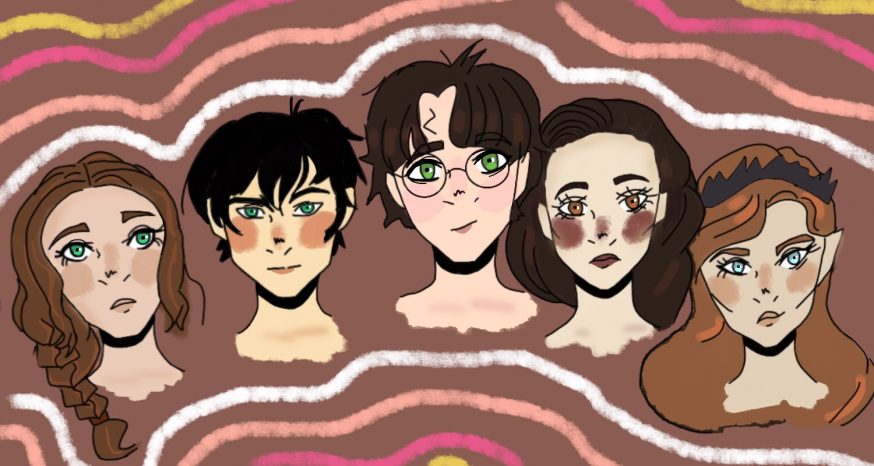 Considering that it’s National Novel Writing Month, or, “Nanowrimo,” now is a good time to sit down and analyze the current trends and tendencies of mainstream writers. There is a shocking lack of diversity in the books that young people tend to read— especially in the literature geared toward them specifically.

Just think about the books that are held near and dear in our collective consciousness — “Harry Potter,” “Hunger Games,” “Percy Jackson,” “Twilight,” and more. Some of these books are in our library at Conant, and it’s sad that most students can count on one hand the number of books they’ve read that feature a main character who’s a person of color.

Diversityinya.com—a site that celebrates young adult books about all kinds of diversity, from race and sexual orientation, to gender identity–found that out of 123 books on the Publisher’s Weekly 2013 YA Bestsellers list, 88% of the books featured a white main character. 10% of the main characters were POC (people of color), and 2% weren’t specified.

Racially ambiguous characters are also a part of this issue. While they’re written as a protagonist for readers to be able to imprint themselves onto, these characters have essentially become ineffective in representing a wide variety of ethnicities.

Because of the lack of diversity in modern day media, a “default character,” of sorts has emerged. There’s an assumption that most characters are able bodied, straight, and white, whether the author defines them as such or not.

An example of this would be Meg Murry, the main character in the series “A Wrinkle in Time.” In the book, she never really had a specified race, but many readers still assumed that she was white. So when the new movie was released, there was a controversy of some sort due to the actress playing her being mixed race.

These issues leave very little room for actual representation for readers of color.

However, the situation is certainly improving. Great books with wonderfully written POC characters are being published, but the authors who write those books don’t get the exposure they need, resulting in the books they’ve written not making it into the mainstream.

That sends a message to other writers. Diversifying their world past the surface level doesn’t seem like an important or needed addition.

What we as students and readers need to do is to actively seek out books with well-written, three-dimensional characters of color and interact with their authors. Ask your librarian to point you to the books with POC characters, or ones written by authors of color.

The problem of representation in young adult fiction is a big one. It runs deep, and can’t be fixed overnight. Characters of color get sidelined, killed off, or aren’t even there at all. Racially ambiguous characters feel hollow and do virtually nothing to push representation.

The world that we live in is more diverse than ever, and our literature needs to represent that. We need to see more—more representation, more characters of color.

There are no excuses anymore.

Nomin is an aspiring copywriter, who doesn’t know a thing about actual design. She’s a freshmen currently enrolled in James B Conant High, and occupies the position of Graphic Designer/Cartoonist at the Newspaper Club. One day, she hopes to publish a good YA series, or create a Webtoon.