MCU: battle of the shows 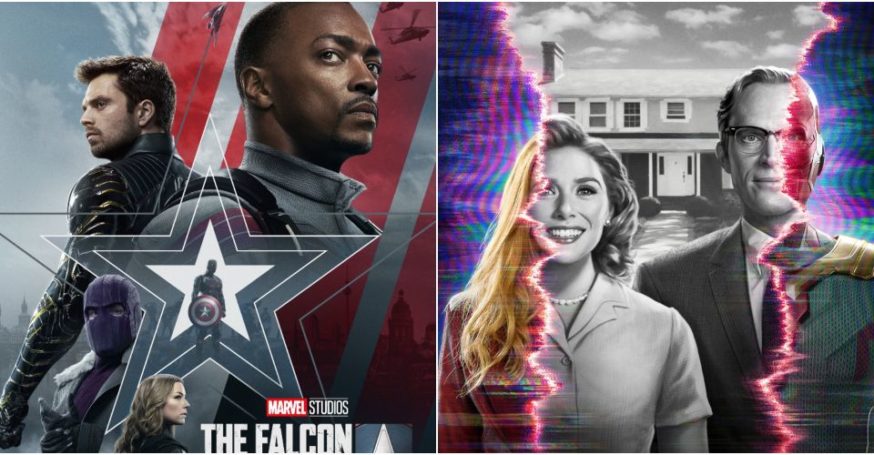 The “Marvel Cinematic Universe” (MCU) may be done with the “Avengers” movies; however they are still producing captivating content in the form of TV shows. Recently the shows “WandaVision” and “The Falcon and the Winter Soldier” have aired on the streaming platform Disney+. I am an avid MCU fan and was super excited to be able to watch these shows. Both of these shows were amazing in their own rights; however, they were extremely different. The main characters of each show followed are glaringly different in multiple ways, including their abilities, setting, and the social climate. Warning — spoilers ahead!

Action-packed, dramatic, and funny! What more can you ask for in a show? This is exactly what’s served up on “WandaVision,” which takes place after “Avengers Endgame.” Wanda Maximoff has just had her world ripped out from under her following the death of her beau, Vision, who was killed by Thanos in “Avengers Infinity War.”

The nine-episode series imitates different sitcoms from various decades, such as “The Dick Van Dyke Show,” “The Brady Bunch,” “Full House,” “Malcolm In The Middle,” “Modern Family,” and more. The viewers immediately notice that the first episode is taking place in another decade, the 1950’s, and most shockingly, Vision is alive.

Each episode brings us into a new decade with more questions about why Vision is alive and where he and Wanda are. The fourth wall—this separates the audience and the actors, the audience can see this “wall” but the actors can’t—is broken a little bit more each episode and you begin to understand that this is a TV show inside a TV show. The mystery keeps viewers on their toes and little clues like color being broken through a black and white program, strange people in hazmat suits appearing from the sewers, and Wanda changing the timeline to fit the narrative. This show is intriguing, funny, heartwarming, and action packed. Oh! I forgot to mention, there’s a plot twist that no one saw coming!

“The Falcon and the Winter Soldier”

“The Falcon and the Winter Soldier” has a much different tone: it’s darker. The stakes are higher due to the introduction of a villainous group, The Flag Smashers. Important social issues like racism and poverty are also highlighted throughout the series. This six-episode series is also set after the “Avengers Endgame,” which undoes the events of the blip—a five year period where half of the world’s population was snapped out of existence—and after Steve Rogers (Captain America’s) death.

This follows Sam Wilson and Bucky Barnes, two of Steve’s closest friends. Steve gives Sam his shield offering him the role of Captain America. Sam is unsure whether or not to take it for various reasons. Bucky is dealing with his own trauma of previously being the Winter Soldier, but he’s also upset with Sam for not taking the opportunity to be Captain America, which causes tension between their friendship.

Meanwhile, a new Captain America is instated: John Walker. All the while this is happening, a radical group called the Flag Smashers are terrorizing the world to try to help refugees who were displaced after everyone came back from the blip. Sam and Bucky clash heads with each other, the US government, and John Walker while trying to take down Karli Morgenthau, the head of the Flag Smashers.

Surprisingly, another relatable part of this show is the state of the world after the blip, as it parallels our world during the pandemic and current topics of racism; it’s lonely, tense, and slightly broken. The topic of racism is heavily touched on as ghosts from the past are revealed. I think that headlining racism and parallels to the pandemic ended up being super relevant in our state of the country.

In the end, Sam and Bucky find their way as heroes and as friends. Also, the post credit scene leaves off with a great cliffhanger I suspected all along.

Overall, both shows are great and obviously, very different. In my opinion, one is better than the other. That show would be “WandaVision.” I loved not knowing what was going on and then slowly figuring it out from the fourth wall gradually deteriorating and the subtle hints placed in each episode.

On top of that, the plot twist was flawlessly executed. I’m also a sucker for sitcoms and having aspects of different sitcoms from different decades made this show strikingly unique and gave it that quirky aesthetic I love in TV. Though “The Falcon and the Winter Soldier” is much more serious and somber, I still enjoyed it and deeply appreciated the way they handled racism, refugees, and radical social change.

I would definitely recommend both of these TV shows, but, binge all of the MCU movies first… otherwise you’ll be confused for days. Although the MCU is new to the television realm, its execution of both of these shows was handled wonderfully, especially to anyone who’s looking for something different than the average television show.