“Riverdale” returns with promise of going “back to basics” 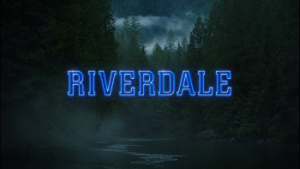 “Riverdale” has spent the past two seasons struggling to balance murder, gangs, and trauma with more typical high school drama like school dances and football games. Factor in the frequently awful dialogue, “teenage” characters who look about 10 years older than they should, and inconsistent character development, and nothing about the show feels believable. However, despite its surreal absurdity, the show still proves to be an addictive, fast-paced thriller.

Season 2 of “Riverdale” is back after a brief winter hiatus, which ended with the reveal and death of the show’s mysterious Black Hood killer in a dark and confusing conclusion to first half of the season. The Black Hood plot was clearly an attempt to provide a compelling crime mystery similar to the death of Jason Blossom in Season 1. However, the suspense grew stale quickly, so moving away from that story is a smart move for the show. The creator of “Riverdale” told Entertainment Weekly that the second half of Season 2 would go “back to basics” with storylines focused around high school and relationships. The latest episode, “The Blackboard Jungle,” delivers on this promise with an episode that is quite tame– at least by “Riverdale” standards.

“The Blackboard Jungle” is a fairly forgettable “Riverdale” episode, but it effectively propels the plot forward towards what is shaping up to be a drama-filled Season 2.

The worst part of this episode is the introduction of Betty’s long-lost brother, Chic. Not only is reuniting with a sibling a boring cliche, but the writers of “Riverdale” failed to create a convincing set-up for this meeting, which feels both inevitable and forced. The only redeeming aspect of this poorly-executed plot device is a scene at the very end of the episode, which foreshadows that Chic may take on a more sinister role in the show as the season progresses.

Veronica’s plotline also focuses on family, as she becomes more entwined with her family’s notorious and most likely illegal business. Veronica helps as her family buys and shuts down the gang-ridden Southside High School as part of a larger real estate project. It’s strange to see her cozying up to her parents (whom she has spent most of two seasons fighting with), but Veronica is a complex character, and it’s refreshing to see a more sly and cunning side of her personality.

With Southside High gone, the Serpents gang must integrate with the preppy Riverdale High, leading to tension and animosity between the two factions. This drives some of the most entertaining parts of the episode, from Cheryl Blossom having a diva meltdown, to the Serpent’s gang members being forced to wear khakis and “Riverdale High” emblazoned sweaters. While these moments have obvious comedic value, the class tensions that arise betweens the Serpents and Riverdale High students feel authentic.

Unfortunately, the show doesn’t fully develop Jughead’s reaction to this transition. Jughead has strong ties to both Riverdale and Southside High, but the show largely ignores his internal conflict, portraying him as sullen, obstinate, and one-dimensional instead. The show’s writers seem to have lost sense of the observant, intellectual outsider he was when the “Riverdale” began.

On the other hand, Archie shows more depth than usual in “The Blackboard Jungle.” He has the least realistic plotline of all (since when are sophomores recruited by the FBI?), but the outcome paints him as a considerate boyfriend and son who is smarter and more spirited than he looks.

Despite its weaknesses, “Riverdale” has a certain knack for allowing you to suspend your disbelief long enough to enjoy it. This latest episode doesn’t pack the punch that the best “Riverdale” episodes do, but it builds the foundation for a suspenseful second half of Season 2.