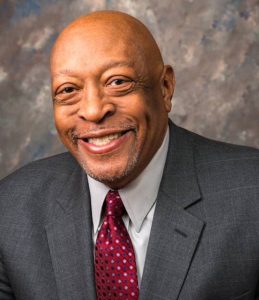 Science teacher and speech team coach Vera Bass has many reasons for why she chose education to be her career, but the main influence in her life that helped her pursue education was her father Ronald Allen. Allen, a Naperville activist and Allstate insurance agent, was shot to death on December 2 while driving in Chicago.

“My father wanted to create a stronger, healthier relationship between people, especially minorities, and the police,” Bass explained. “He helped bring together the whole community, and it just shows that one person can impact the lives around him.”

Allen was vice president of the police and community relations improvement group known as Unity Partnership, and he was active in the DuPage County NAACP and AME Church in Lisle. Allen even helped the Unity Partnership group introduce minority students to police officers to build their interest in law enforcement careers in an effort to diversity the community’s police forces.

In addition to being an invested activist, Allen was also a “goofball who loved to make jokes, but growing up, he was strict,” Bass said.

She stated her father’s goofy side was where she had gotten her silly side and funny jokes. She also said that he loved to help people through his job as an insurance agent.

“I remember when Obamacare first got started,” she said. “He made sure that people knew how they could get access to it because he always wanted to his clients get better healthcare.”

Bass explained her father’s helpful nature was one of the reasons she chose to teach. She said it was her way of giving back to the community. Her two brothers, Keith Allen and Mark Allen, also chose professions influenced by their father, a lawyer/minister and a marine, respectively.

“Along with being helpful, the biggest lesson he taught me was to treat everyone with respect and dignity, and I try to emulate that in my classroom,” Bass continued. “Even when a student has done something wrong, I don’t get angry and yell or demean them. I help the student realize his or her own mistakes because that’s what my father would’ve done.”

Friend and science teacher Tracy Galla stated Bass has a very close knit family and she “cares a great deal about her students. She treats them like her own children.”

Speech team member Melanie May, ‘18, agreed. “She is a kind hearted teacher that shows a great deal of care and interest in her students.”

“She takes the role of a mother in some ways on our team as she holds us together. Last year was especially hard for us because we had lost two of our four coaches at the end of the 14-15 school year,” May explained. “Ms. Bass did a great job of taking up her new role of head coach and trying to reorganize the team after such a hit.”

Bass said losing a family member is difficult, and this a tragedy such as this one is hard on teachers and students alike. She advises it is always beneficial to talk things out when needed.

“Right now, I am continuing class like normal,” Bass explained. “But I will talk to my students about what happened because I want them to stay safe, and I don’t want this happening to anyone.”

She says she is happy that despite the tragedy, her father’s legacy will continue on. She hopes more people make a positive difference like he did.

“His goal was to bring everyone together, and his legacy was that of togetherness and reminding each other that we are more alike than different.”

Bass shared that any donations to the DuPage AME Church with “Benefit for the Ron Allen Scholarship Fund” in the memo section is one way staff and students can support her family during this time.