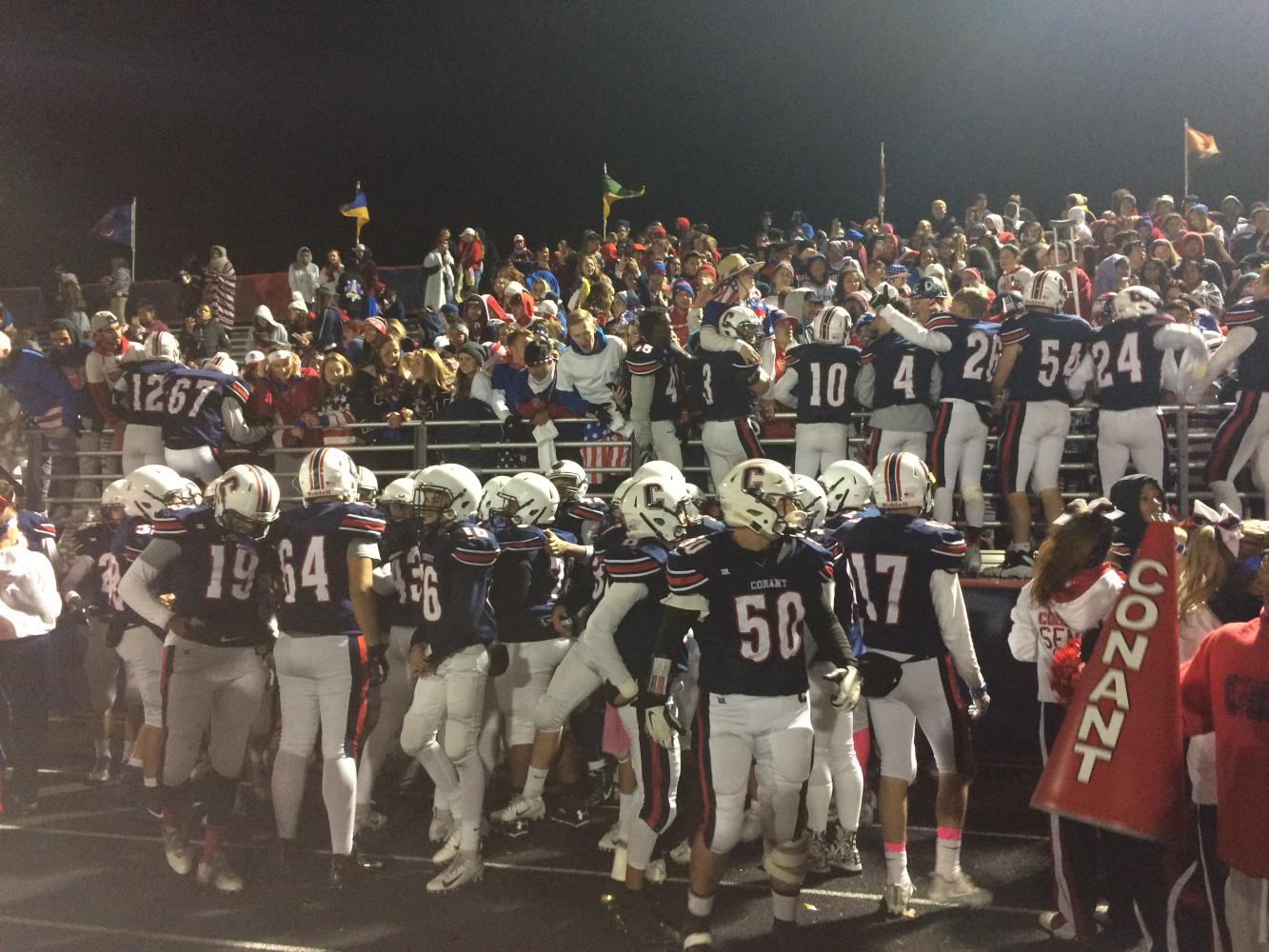 After winning conference, the football team celebrates with the Cougar Crazies.

On Homecoming weekend two years ago, the Cougars lost to the Palatine Pirates 43-7. At last Friday’s Homecoming game, the Cougars defeated Pirates 41-7, clinching a playoff spot and winning the conference outright for the first time since 2002.

Multiple Cougars contributed to the 41 points, as captain Anthony Wachal, ‘19, had three interceptions, including one returned for a touchdown, as well a 26-yard receiving TD from captain Kevin Polaski, ‘19. Other touchdowns were scored on running plays, as Davon Holmes, ‘19, Bradley Spates, ‘20, and Malik Frederick, ‘21, all scored one TD each. Jessica Smeltzer, ‘19, converted two field goal attempts.

Zach Valas, ‘19, had a fumble recovery, and Derek Lewandowski, ‘20, had an interception.

Wachal credited his all-around success to his teammates.

“I mean, the whole team [was] doing what they were supposed to do. All 11 guys [were] playing together,” Wachal said.

“I think our kids were focused on everything that needed to get done,” head coach Bryan Stortz said. “They had a really good practice yesterday. I think the kids are really trying to improve on the little things. I think we did the little things right.”

The offensive line was among several position groups that did well on Friday. Center Ryan Giannini, ‘19, said, “I think [it was] everyone doing what they were doing against the D-line. Taking their steps, because we’re not the biggest guys, so as long as we do our technique right, that’s how we do good on the O-line.”

With this victory, the Cougars move to 4-0 in the MSL West. With Hoffman Estates’ loss to Fremd 31-9 last Friday, Conant won the conference outright. If the Cougars beat Hoffman Estates tonight at home, they will have a perfect conference record to finish off the season and a 7-2 record overall.