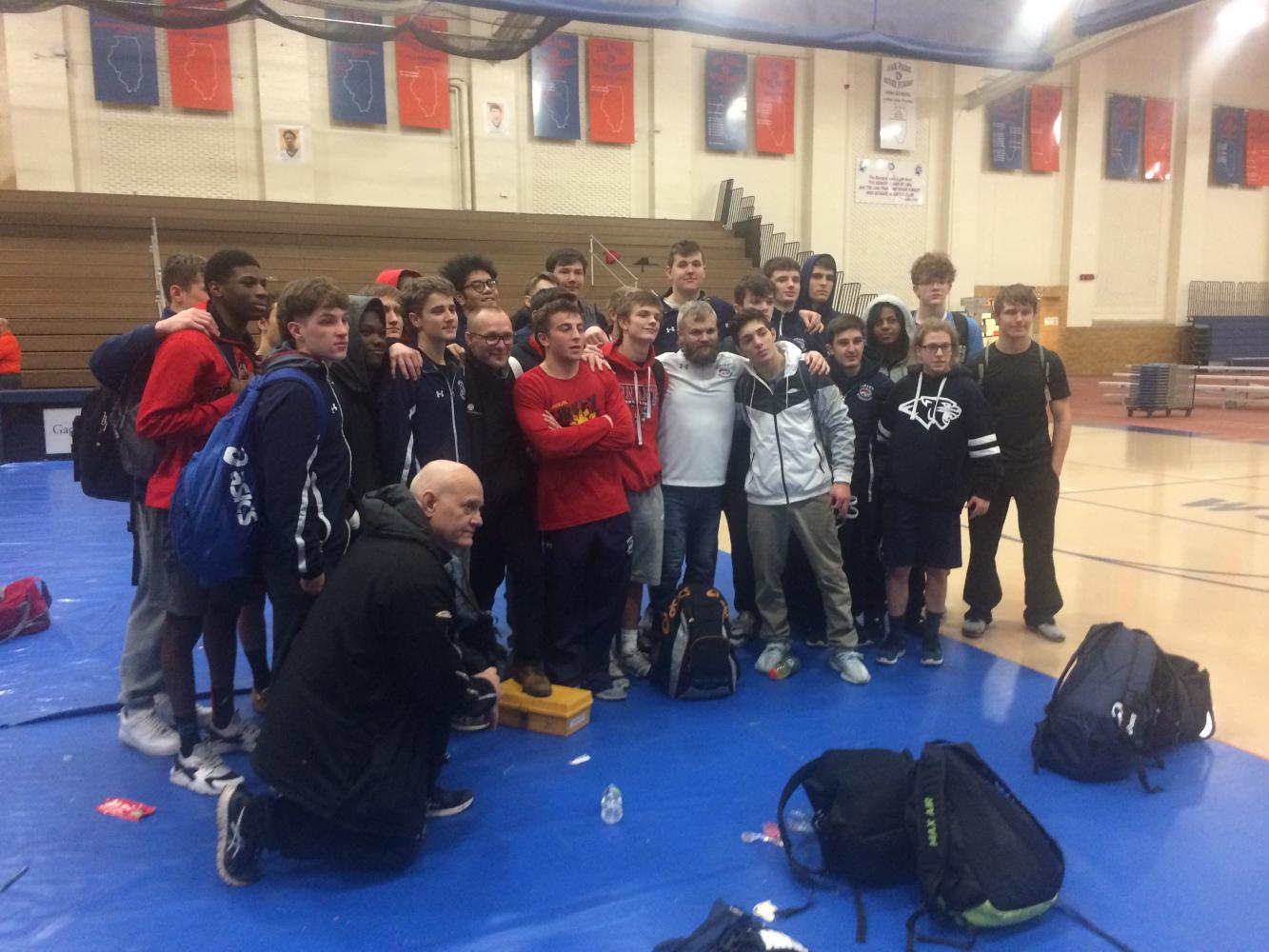 After ending their season on Tuesday, the wrestling team poses for one final team picture for the season.

Coming into Tuesday’s Dual Team Sectional against Glenbard North, coach Chad Hay knew Conant would not be favored. Even though the Cougars usually like to be the underdogs, it didn’t work out to their advantage, as they lost 45-13 at Oak Park-River Forest.

Hay said, “These guys train hard. I never question their work ethic. They work their butts off. Some days it happens, and some days it doesn’t happen. Today, [it] didn’t happen.”

The Cougars got off to a bad start, with 195-pound wrestler Lester Gonzalez, ‘19, getting defeated 7-3 and 220-pound wrestler Mason Sykes, ‘18, getting pinned, bringing the Panthers lead to 9-0.

The next four bouts included the only three Cougar wins of the night. The first came from 285-pound wrestler Edward Gosche, ‘18, who in his final high school wrestling match pinned his opponent in the first period.

“Last year, I was on and off JV the whole year. [I] only had a couple of varsity wins. I was just hoping this year to make some sort of impact on the team, and I think I have done that. This is the year I actually feel like a wrestler,” Gosche said.

The Cougars led the Sectional 13-12 after those bouts. But all Cougars wrestlers after that would lose either by points, pins, or a forfeit, which concluded the season.

Even with the defeat, Hay said a silver lining from this meet was that the younger wrestlers got experience. “This is all learning experience. It’s something that we’ll build on for next year. Hopefully, with these guys coming back and with the younger guys that came to watch, they are all excited about getting to the next level for next year,” Hay said.

With no Cougars placing at State and the team failing to qualify for State, the team fell short of expectations. Giuliano, a two-time State qualifier, said, “I didn’t really achieve what I would’ve liked to achieve this year as an individual or as a team. But I’m only a junior, so I have time to work in the off-season and get better. Hopefully, I’ll get myself to where I want to be by next year.”