Condemning the police: How brutal can we be? 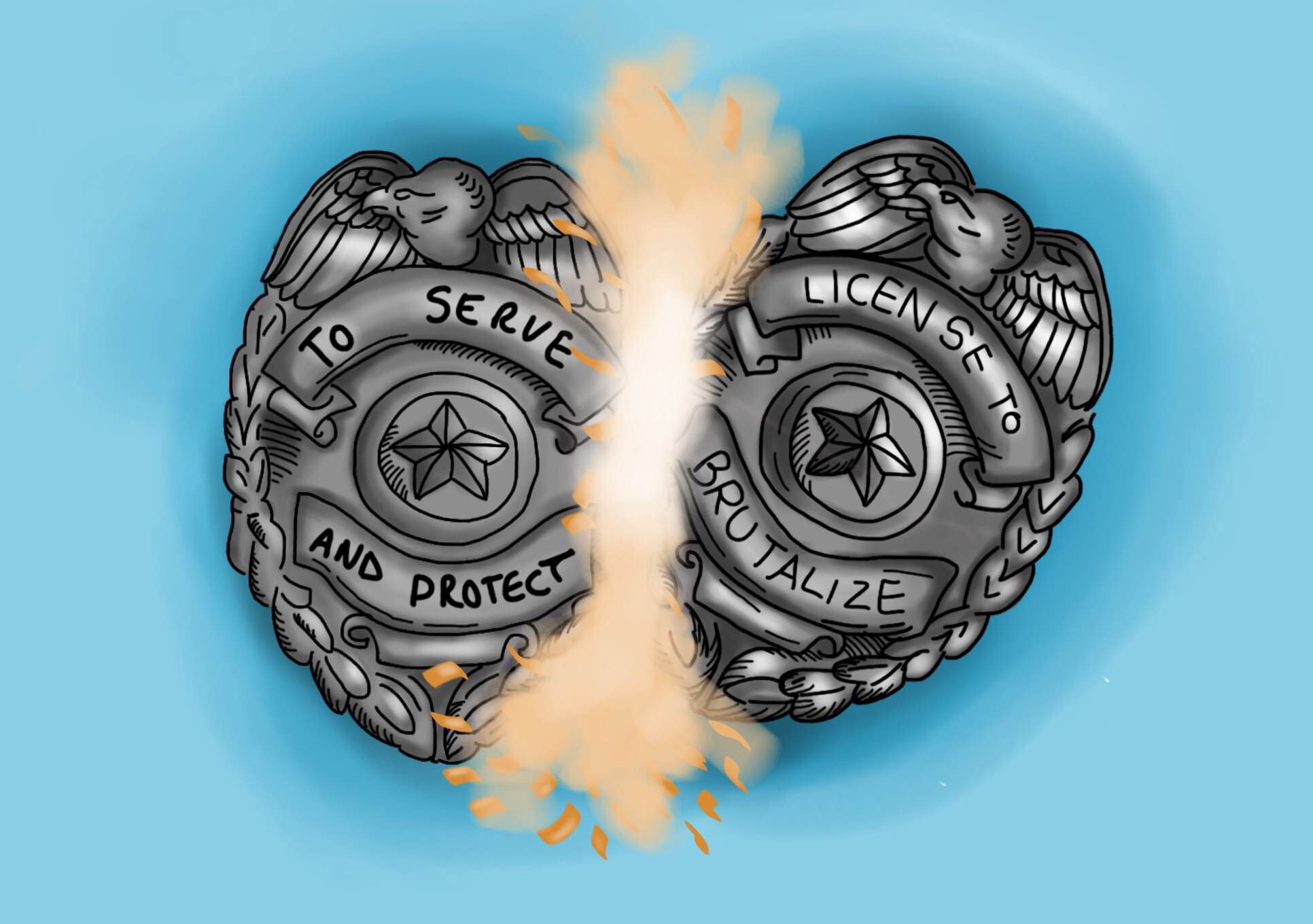 It’s been an ongoing debate. The President has discussed it; it’s come up during GOP debates; important politicians and media commentators have talked about it: police brutality. According to the Law Dictionary, police brutality is the use of excessive and/or unnecessary force by police when dealing with civilians. People are claiming that police brutality has become an epidemic and must be stopped immediately for public welfare, that it is a problem about to spiral out of control if not handled soon. However, many fall into this trap and don’t realize that not all cops are bad, and most take great pride in their job. Police brutality is overemphasized by the media, which has created an unnecessary, negative bias against cops in people’s minds.

It’s true that police brutality exists and has manifested itself in a number of ways. The most obvious form is physical abuse. Officers can use nerve gas, batons, pepper spray and guns in order to physically intimidate or even intentionally harm civilians. Brutality can also take the form of false arrests, verbal abuse, psychological intimidation, sexual abuse, police corruption, racial profiling, political repression and improper use of Tasers.

In the past year, there have been numerous cases of police brutality, causing an uproar from the public. The most recent has been the case in South Carolina where officer Ben Fields body slammed a black female student into her desk because she did not listen to him. This case showed not only an extreme use of unnecessary force, but worst of all, it was towards a student during a normal school day. It was caught on camera by other students as well.

Another notable instance of police brutality is the shooting of Michael Brown by a white, male police officer. This case became particularly famous because the officer, Darren Wilson, shot Brown 12 times. Some suggest that Brown would have survived if he had not been shot multiple times. The fact that he could have lived was a reason that sparked unrest in the majority of the black community and brought police brutality to everyone’s attention. Another protest rose in New Mexico when the police accidentally killed a homeless, mentally ill man, James Boyd. Ironically, cases like these make the very people that police protect terrified of them.

The fact of the matter is that officers like Wilson and Fields have ruined the name of the police. There are some officers who definitely use too much force, but a majority of them are simply doing their job: protecting and serving the people. Good cops don’t get the recognition they deserve anymore. News outlets show “BREAKING NEWS: Cops are brutalizing civilians”  instead of “BREAKING NEWS: An officer saved a person’s life today.” The media has overexposed and overemphasized police brutality so much that the police are portrayed as barbarians who will intentionally hurt innocent people.

Officers oftentimes have to take desperate measures to protect themselves. If anyone–black, white, Mexican, Indian, Chinese, young or old, rich or poor–held a gun to a police officer’s face, that officer will be compelled to shoot. Officers are frequently put in danger to protect the community. There is little justification to label all police as “racist”, “barbaric”, or “evil”. They only do what is expected of them, and not all take extreme measures unless absolutely necessary. Most only wish to do their jobs with honor.

To put every police officer in this “brutality bubble” is incorrect. When an officer pulls over a citizen for a minor situation, he or she has the right to use force if the citizen resists, leading to probable effect (i.e. reasonable grounds for making a search and/or pressing charges).

We expect so much from the police force. We want them to incarcerate offenders and to be compassionate towards every citizen they encounter while also being authoritative in serious situations.

The police have the duty to maintain law and order. However, the people they serve and protect are ruining their reputation, calling them the enemy. The police are not the enemy. A few bad apples will not spoil the bunch.