The end of an era: Mockingjay Part 2 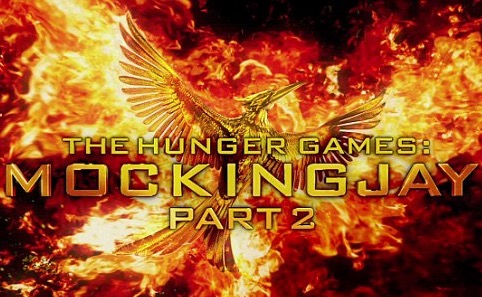 “My name is Katniss Everdeen. I am from District 12.” The highly anticipated final Hunger Games movie “Mockingjay Part 2” opened with this quote, reminding the audience where the main character started before she became the face of a rebellion. The beginning highlighted her struggle with both the rebellion and Peeta’s hijacking by the Capitol. “Mockingjay Part 2” stayed surprisingly true to the book–with a few exceptions–and was a satisfying conclusion to the Hunger Games series.

The last Hunger Games movie, and the final appearance of Jennifer Lawrence as Katniss Everdeen, premiered this Thursday, November 19 and did not disappoint, unlike its most recent predecessor “Mockingjay Part 1” (2014)–also directed by Francis Lawrence–which left fans and critics alike unhappy with the “lack of action” and “rebellious spirit” that is a characteristic of the Hunger Games series.

A great attraction of this series has been its ability to interweave intense action and emotion into a well written story line. “Mockingjay Part 2” similarly picks up almost exactly where the first part left off, allowing fans to get a nice refresher of what happened in the last movie. The story continued with Katniss as the Mockingjay, the symbol of the rebellion, and followed her as she tried to win the war that she helped to start in the previous films. At the beginning, the war is in full swing with each side facing many losses in both life and property.

Between managing the hardships of war and rallying people to fight for the cause, Katniss goes to see Peeta, who has gone through psychological torture at the hands of the Capitol, and forgets which of his memories are real. Because he has been made to view Katniss as the enemy in part one, she goes to see him and afterwards feels as though he is more of a Capitol mutt than the boy she had been with in the arena.

However, comedic relief and some happy moments also exist to lighten the intensity of the movie. For instance, Finnick and Annie’s wedding allows the characters to talk and dance. The comedic relief is provided mainly by Johanna Mason, a sarcastic character with nothing left to lose who is first seen in Catching Fire, and Finnick Odair. In addition, it highlights the love triangle between Katniss, Peeta and Gale, and she eventually makes the decision of who she wants to be with closer to the end.

In addition, the actors, especially Jennifer Lawrence and Josh Hutcherson, made the story believable and the characters real, causing many fans to shed tears during the movie as they watched their favorite characters deal with hardships and cheer as they triumphed. The witty and sarcastic lines that often accompany the action scenes continue in this movie, and allowed for there to be levity even when everything was going downhill for the characters.

Readers may be disappointed, however, in the way that Katniss got to the Capitol, which was changed slightly from the book version. Also, the part where Johanna and Katniss room and train together to fight in the war in the Capitol was completely taken out. In addition, the characters Delly Cartwright, who was a friend of Peeta’s, and Greasy Sae were written out. And in the end, Katniss didn’t have to go on trial after killing an important political figure.

The ending had the same intensity as the beginning and kept both the momentum and the excitement going. It came down to a battle between Katniss and President Snow, her series-long arch nemesis. A twist at the very end blurs the line between who is on what side and eventually leads to an ending that will surprise fans who haven’t read the books.

As exciting as the ending was, it was also bittersweet. In the book, Katniss experiences much pain and loss, including some people that are very close to her. In addition, she has to deal with the toll that the war and the games had on her, including Peeta, who though better, still has trouble at times discerning fantasy from reality. However, the movie more than made up for the sadness by incorporating many of the favorite scenes of Hunger Games “tributes,” the name given to longtime fans of the series.

Overall, “Mockingjay Part 2” was a satisfying conclusion to a beloved series. Tributes who have read the book will enjoy the similarities between it and the movie and will find that the scenes left out, though missed, did not take away from the intense action, happy moments, and comedic relief.