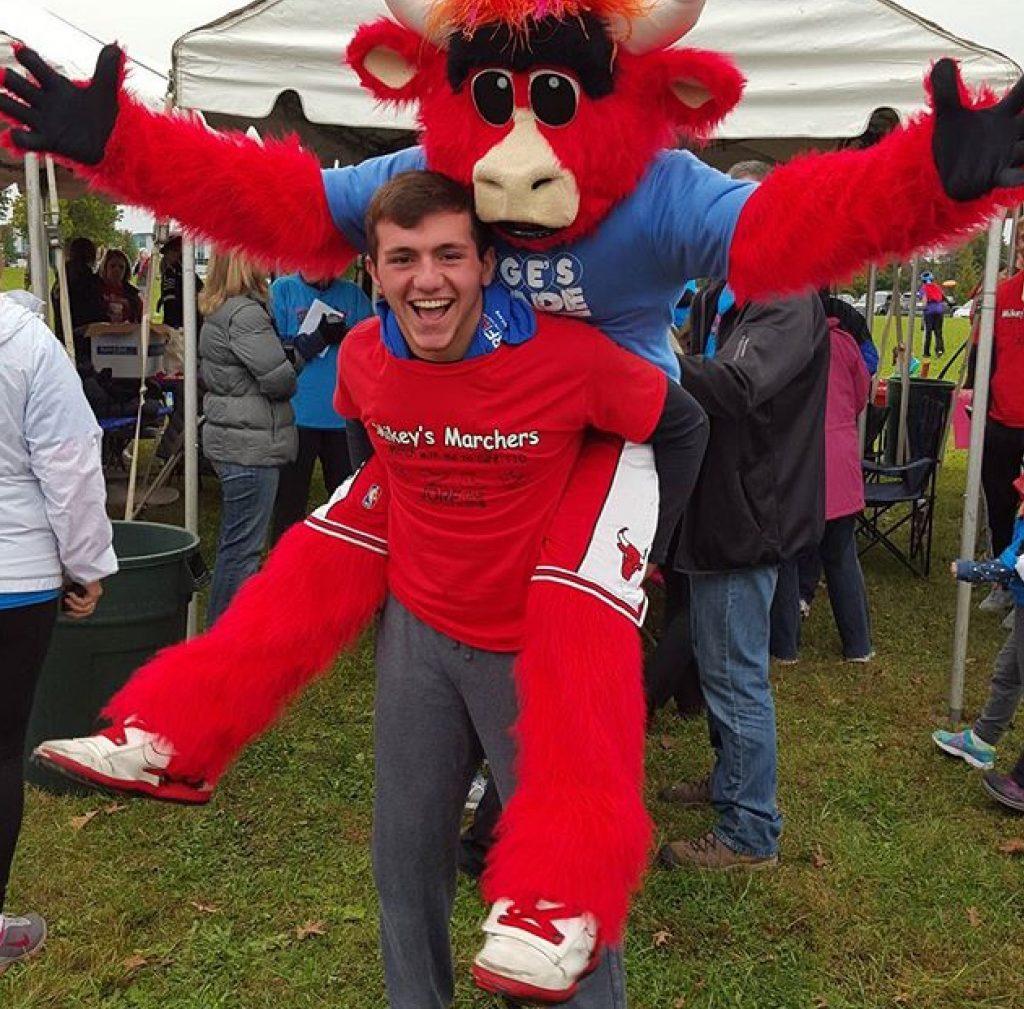 Michael Kasabian at the JDRF walk in 2014

Conant High School has been busy promoting the annual local Juvenile Diabetes Research Foundation walk on Sunday, Oct. 2, at Ned Brown Meadow in Schaumburg. Multiple students at Conant who have Type 1 diabetes participate. This year, the goal for all donations combined is $906,845.

Conant has played a major role in the past, donating to help the teams reach their dollar amount goals. Conant groups such as cheerleading, the marching band, and poms will be going, according to Eric Jacobsen, a Social Studies teacher who has two children with Type 1 diabetes. On top of Conant groups participating, hundreds of students go to the walk every year in support of their classmates.

Michael Kasabian, a senior with Type 1 diabetes, has been going for 15 years. His goal this year is to raise $15,000. Kasabian remarked that the amount of support he has received from the school is amazing. “I just like that the walk shows people really care about the disease and try to help me by raising money to find a cure,” Kasabian said.

Jacobsen expressed that the most encouraging thing to him was the emotional support he received from Conant. “The amount of support from the school and the department is hard to put into words. Unexplainable how much it means to me,” Jacobsen said.

Michael Kennelly, a senior at Conant, has been going to the walks for eight years now. “I like feeling like I’m making a difference,” Kennelly said. “It’s a great time for a great cause.” Kennelly also said that Conant does a great job of encouraging students not only to go to the event, but also to donate.

Jacobsen’s daughter Sam, a senior at Conant, was diagnosed with Type 1 diabetes in February of 2001.  His son Braden, an eighth grader at Mead Junior High School, was diagnosed two years ago. Jacobsen and his family have been participating in the walk for 16 years now. Jacobsen’s team, Siblings’ Steppers, has a fundraising goal of $55,000, $2,000 more than last year’s goal.

The walk has become a highlight of the year for everyone involved. Jacobsen said that his kids look forward to it as much as Christmas. It’s like its own holiday for them now, Jacobsen said.

Jacobsen described his main goal for the walk was to have a good time, but also to use it as an opportunity to reach out to other teams in support. He has mentored other families in the past and feels that interaction from someone else involved is extremely encouraging.

Jacobsen also said he wants his kids to have the same mindset. “You can either sit around and feel sorry for yourself or take the bull by the horns,” Jacobsen said. “I tell them, ‘So you have Type 1. Big deal. The important thing is what do you do about how you can help others in the same boat as you.’”