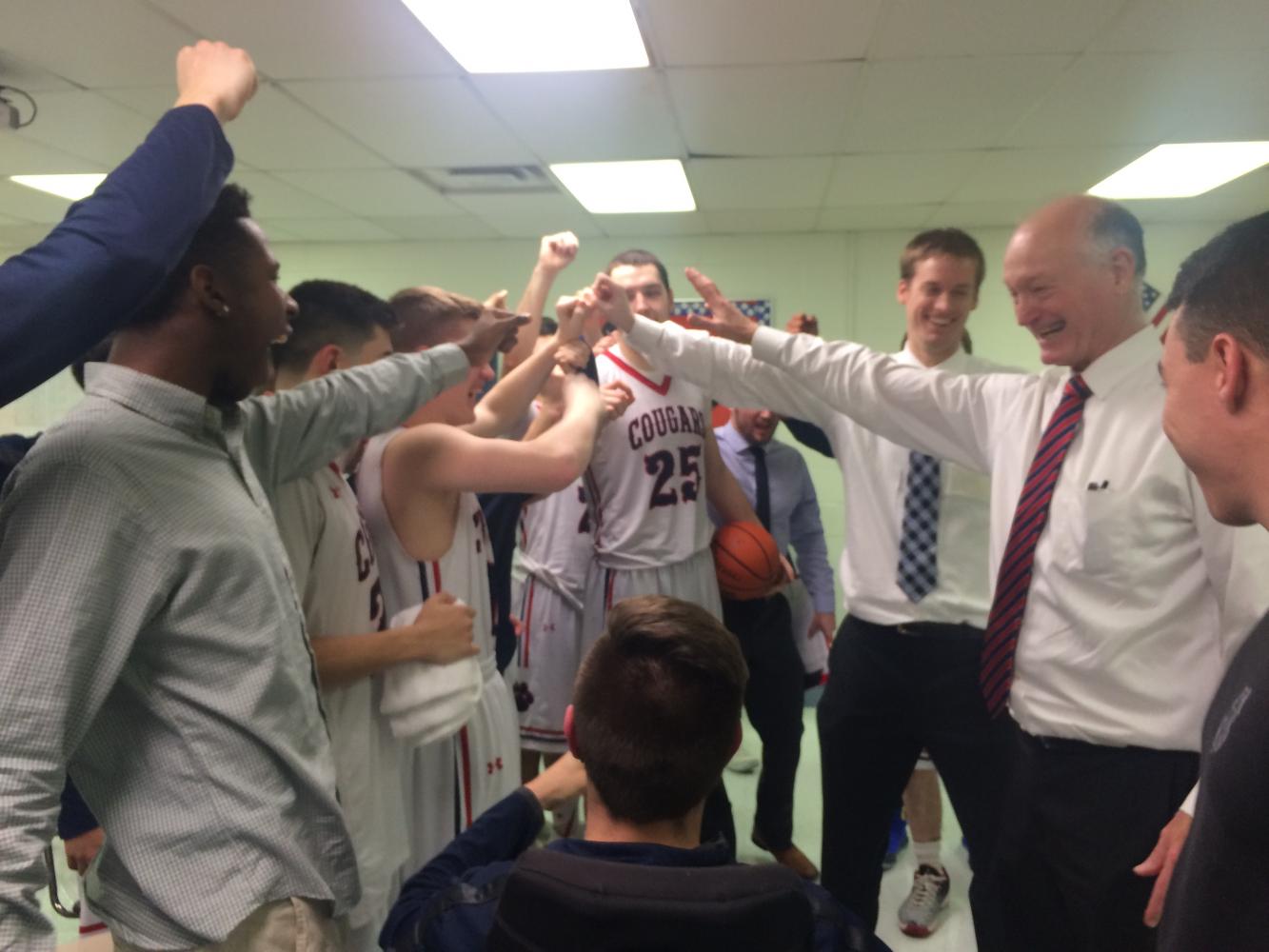 After coming back to defeat Fremd in the second half, the team celebrated the win after coach Jim Maley gave his post game speech.

With the boys’ basketball team down 14-8 after the end of the first quarter to Fremd on Friday, coach Jim Maley expressed concern to his players about their defense. The team didn’t respond right away, going into halftime down 27-18. But in the third quarter, they held the Vikings to four points and forced them to commit six turnovers, giving the Cougars a 34-31 lead by the end of the quarter.

The Cougars widened that lead in the fourth quarter and won 52-42.

“It was overall a team effort,” Maley said when referring to his second half defense. Maley added that was the best he’d seen his defense play in a second half.

Center Ryan Davis, ‘18, said one of the corrections they made was playing on-ball defense and not giving the Vikings lanes to the basket, which he said happened too much in the first half. Davis scored 24 points and had five rebounds.

Another big contributor to the win was forward Rajat Mittal, ‘19, who scored 16 points and had seven rebounds.“He does all the little things; he’s relentless on the offensive glass,” Maley said. Mittal has earned the phrase of “junkyard dog”, a phrase the team uses to describe tough players.

Davis said, “He’s a smart player. He crashed the offensive rebounds, got some nice put backs, posted his guy up very well, and he was able to finish down low, which we needed.” Davis added that he was also impressed that Mittal scored two three-pointers.

The Cougars next game, which is at home on Tuesday, is an important one for Maley. He will go up against St. Laurence, where he coached from 2014-2017 and led them to their first winning season in a decade.

“I just told these guys. I love all those kids over at St. Laurence. I loved coaching those kids. But I told our kids, I want to beat them bad. We can hug them afterwards,” Maley said.