Students react to the election results

The 2016 election has been one of the most controversial in decades. The Crier wanted to find out what CHS students thought about its surprising results. 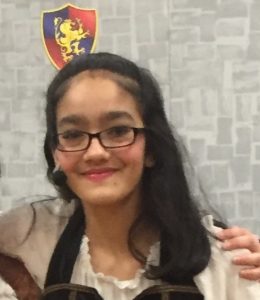 “Personally I was kind of surprised. I expected Clinton to win, considering how good she had been doing with polls and how Trump ruined his reputation even more last minute… I don’t exactly support either one of them so either result of the election would have been a “bad” one.” 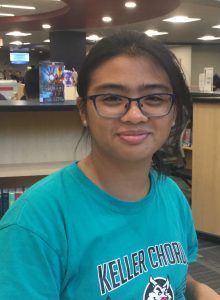 “My reaction to the result began with confusion. It was just too surreal to realize that Donald Trump had, in fact, won the presidential election. Then, it became a roller coaster of feelings where I personally felt indignant and mocking that Trump had won despite his criminal offenses and Hillary’s wide political support from the Obama family.

However, as I went through the school day, there was a diverse multitude of opinions regarding Trump. Some felt utterly horrified and some supported and celebrated his victory. Other than that, one of my teachers explained the circumstances of the election, especially the way that the circumstances could have been much worse and the way that there are checks and balances set up for the government, preventing a tyrant rampant on American grounds.

However, as soon as I read social media, the way that there is utter fear coursing through America for fear of deportation, for fear of abuse and torment, and for fear of their lives, I am not afraid to admit the shame of being in a country that has elected a president that has caused such utter fear and anger within America. As the president, and therefore a government official, Trump should be providing comfort and safety for Americans, but he has done the complete opposite. He is set for a trial for assault in the same month as his election, he has publicly announced his disrespectful remarks for other cultures, and has ruined the lives of many men and women across the country by his deceits. This statement does not even include his Vice President.

That is not to say that Trump does not have appealing policies. Perhaps, financially, he is acceptable, but as a representation of America and a leader of a country of diversity, I believe that Donald Trump is not exactly qualified for the presidential position. I feel that, somehow, by letting a man that has publicly demeaned society and our virtues, the voters have just proved to the future generations that it is okay to demean others simply for their race, sexuality, and disabilities. I feel that this is truly a shame for it represents the neoteric values of America, the land of liberty, liberty in both culture and society.” 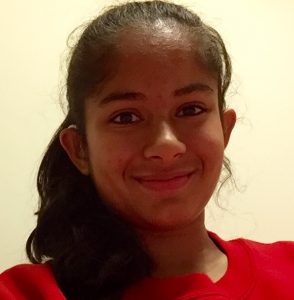 “When I first watched the election yesterday, I felt 100% confident that Hilary Clinton would win. However, this morning, I checked the results, and it seemed like a joke to me. I didn’t think that it was even remotely possible that Trump could win, yet he did. I feel disappointed in American voters. [Trump] is sexist…and unfit to be the president, whereas Hilary Clinton has so many qualifications to be the president. 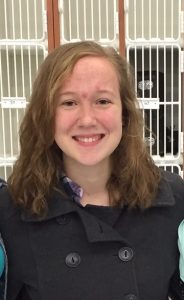 “I’m disappointed that so many people could get behind an inexperienced politician who’s entire campaign was based on hatred for minorities.” 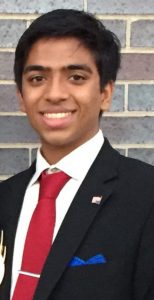 “The election on Tuesday definitely came as a shock. All the polls showed Clinton winning by multiple points, politicians of both establishments were denouncing Trump, and the Trump campaign seemed to be imploding as several head staffers were quitting. Clinton had a 3-1 chance of winning according to an aggregate of all major polling; but if there’s anything 2016 has taught us, it’s that a 3-1 leads mean nothing.

Statistics aside, this election revealed some of the underlying hatred and resentment present in our nation. A candidate who has insulted women, Mexicans, Muslims, African-Americans, veterans, disabled people et al. has managed to become President-Elect of a democratic and self-labeled “tolerant” nation. Trump is, without a doubt, a demagogue. He’s a populist panderer who lacks nuanced understanding of domestic and foreign policy and rambles on in narcissistic speeches. Trump is a pessimist who has told America that we have been failing, and that our leaders have been conspiring against us.

But even as I sit and worry that an egotistical maniac will soon have control over all three branches of government, liberals like myself must realize that Trump is the symptom not the disease. The disease is the result of several years of far left social liberalism being used against the mainstream American population. The “silent majority” that elected Trump is sick of constantly being labeled as misogynists, racists, homophobes, fascists, and bigots. This election was a “white-lash” of a large group of Americans who feel disenfranchised by modern liberalism and mainstream politics in general.

This doesn’t mitigate the fact that I think Donald Trump is a terrible human being and not fit to be president, it just puts into perspective why he was able to win the electoral vote. Going forward, liberals and the DNC need to realize that if they want to succeed, they must be the party of all working people regardless of race, gender, ethnicity. However, the hate that Trump has brought out in people is most likely hear to stay. We must be vigilant and compassionate to protect the individuals and diversity that make America great.”